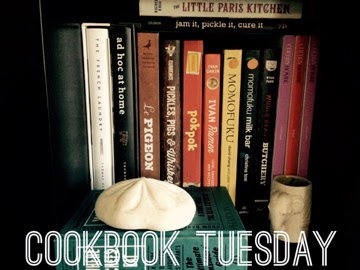 There has been a lot of poultry on my mind lately.  Maybe because it is Fall and the air is a bit crisp Or that the pie contest is on SUNDAY, SUNDAY, SUNDAY!  But I heard this weekend that its going to be crisp 100 degrees in Southern California.  So it's totally Autumn. 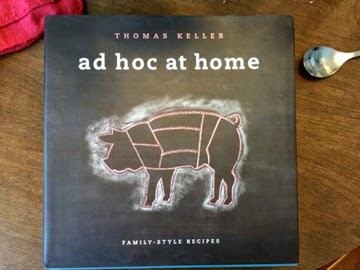 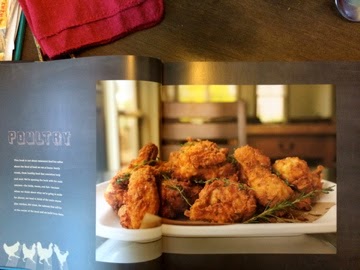 There we go.  We took a trip out to Napa for Memorial Day. While we didn't eat at Ad Hoc, we at at Addendum. I had to try the fried chicken.  We were in this mood where we had to make fried chicken and that the fried chicken from Ad Hoc would be a good control. It was a good as I thought it would be.  Armed with this taste memory, I made the chicken according to Ad Hoc at Home and it was effing delish! 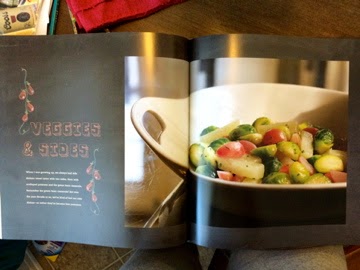 This book, to me, is the perfect Fall book. 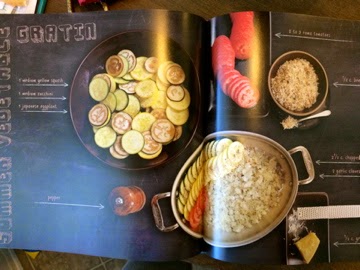 Well, uhh, does it look a little familiar?

FUN FACT: Thomas Keller was the food consultant on the Pixar movie, Ratatouille.


This book is great reference book for almost anything.  Need a Thanksgiving side dish? A chicken pot pie recipe perhaps? Ad Hoc's got it! Thomas Keller's cooking is beyond me, see Per Se. What  I love about Ad Hoc at Home is that it is food for the home and they are easily adaptable. 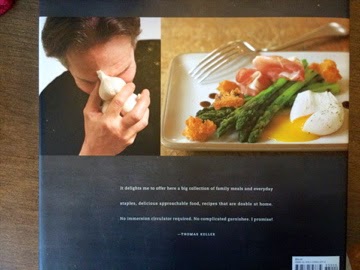