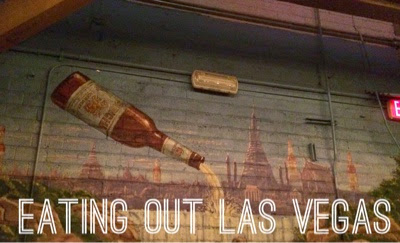 Whoa guys, it's been a hot minute since I last updated!  I was away for work in miserable Las Vegas.  I must say, I really hate it there.  It's hot and dry from the desert and AC.  Cigarette smoke everywhere and I feel people here are overall RUDE! But with that being said, I did have a good time and I was in great company and that is the important part.

When I wasn't working, I was eating.  The work days seem long and I go for hours without eating a single crumb.  The thing about being out for business, is that everyone, I mean EVERYONE wants to go out to fucking dinner. I get it, that's what you do on business.  Usually the case is most people don't even know where to go because everyone that is there for the convention, is basically a tourist.  And those that are locals, tend to just go home.  This isn't our first rodeo so we lined up some pretty good places to eat and drink.

First stop, Le Thai.  Located in Downtown, across the street from a barcade called Insert Coin.  Originally I was pretty excited and entertained a night of me and pinball and beer, but saw the video on the home page....Anyway, Le Thai was pretty tasty and since I picked out what everyone ate, I have to say it was tasty.  I also got to stare at the amazing Singha mural all night as everyone talked business.  Las Vegas is all smoke and mirrors, literally and figuratively. And while, it looked like I was eating on a street corner in Thailand, it didn't taste like it.  It's not to say it was bad, because everything was good, it was just more on the Western side of taste.  I mean, how can you not have dried shrimps in the papaya salad?

But I did get my share of dried arthropods.  Enter the scorpion shot from Nacho Daddy.  That's right Nacho. Daddy. 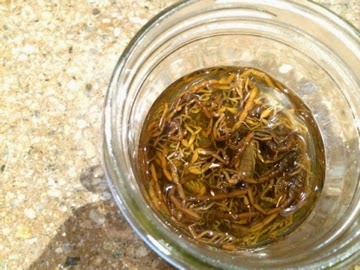 The scorpion shot is basically a shot of whatever floats your boat, with a single dried, then soaked in vodka, okay for human consumption, armor tail scorpion.  It's more of the ick factor than anything.  It's intimidating to see a scorpion in your shot and usually the case is you swallow it.  But, I'll probably never order this again and so I had to chew it. I needed to taste it.  It was probably a bad idea becauce I was flossing out scorpion legs all night, but things I do for you guys and #streetcred 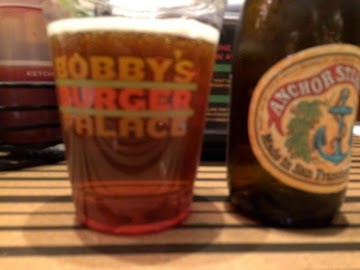 You would think that when you go to Bobby's Burger Palace one would take a picture of the burger, but when you are super hungry, taking a picture for the blog is not the first thing that crosses my mind. 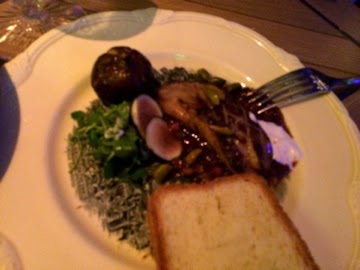 Then, it was dinner and a cute show at Rose. Rabbit. Lie.  For me this was my second dinner of the night. Like I said, everyone on business wants to eat dinner. Quick glance at the menu, I see fois gras so it was a no brainer.  This was my first taste of fois gras since the ban, and I must say, I thought I was going to cry.  It was as good as I remember.  I was satiated and I can go another two years without eating it again. I also saw egg custard and I knew it was going to be a club banger. I know eggs are kind of a touchy food topic because, people prefer one way of preparation than the other, but fuck it.  It's in it's cute shell and it was cheap.