Eating Out The Donut Man 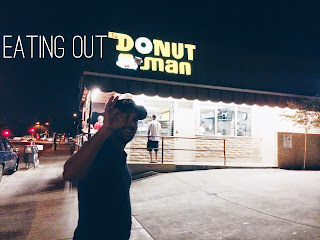 .
Saturday was a blur.  There was a series of events leading up to eating out The Donut Man.  For starters, was hot as Satan's butt crack and two, it started off really early.  We ran a 5k and for me this was HUGE! I've been sidelined for about a month because of injury, but running the 5k was a major confidence booster and reassured me that everything was going to be okay.  Also there was a nice cameo from the Stanley Cup and some LA Kings so that was some nice motivation as well.

From there we headed to Venice for a vintage motorcycle show. Toughed out the parking situation and sweated out the heat. Then from there to the 909 to celebrate three years of life for the little niece and nephew.

When in the 909 we always try to go to The Donut Man.  It was our lucky day because they had the strawberry donut.  Unlucky for us, because we were hoping for peach. It would have been a disaster if they didn't have any fruit donuts!  We ended up getting the strawberry donut and a tiger tail because they were fresh.  I never knew these existed in the donut realm! I always believed it was twists and nothing else.  Tiger tails are skinnier, longer,  laced with chocolate dough  and completed with a glaze and a cute bend like a tail. 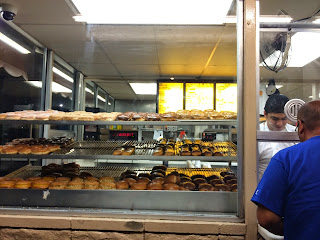 There were lots of other options too, like filled ones and ones with cream cheese and such.  What I love about The Donut Man is that it isn't anything fancy, it's a stand on Route 66 in Glendora (I know right!) that is open 24/7.  They are known for their seasonal peach and strawberry donuts, beautiful crullers, and other seasonal donuts like cream puffs and peanut butter donuts. 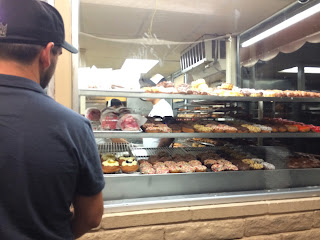 Is the Donut Man like any other donut shop in Long Beach or where ever California? Probably. But they are different. They use quality ingredients and have seasonal offerings.  They didn't fall into the Cronut craze they continued doing what they do best their own way. No pretension, just great tasting, reasonably priced donuts. 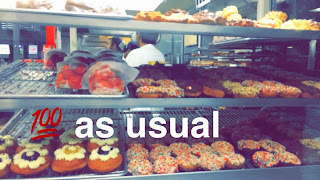 Email ThisBlogThis!Share to TwitterShare to FacebookShare to Pinterest
Labels: Eating out, The Donut Man