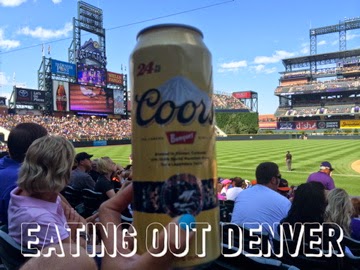 When I say, "Eating Out," I really mean, Drinking Out, because I feel to fully understand the city of Denver, the state of Colorado for that matter, you have to look through the bottom of a pint glass.  The State of Colorado is defined by beer.  Tons of kegs from the tops of the Rockies, rolled down and shaped the landscape of Colorado.  The Colorado River is basically Coors Light. 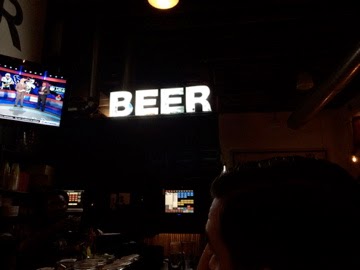 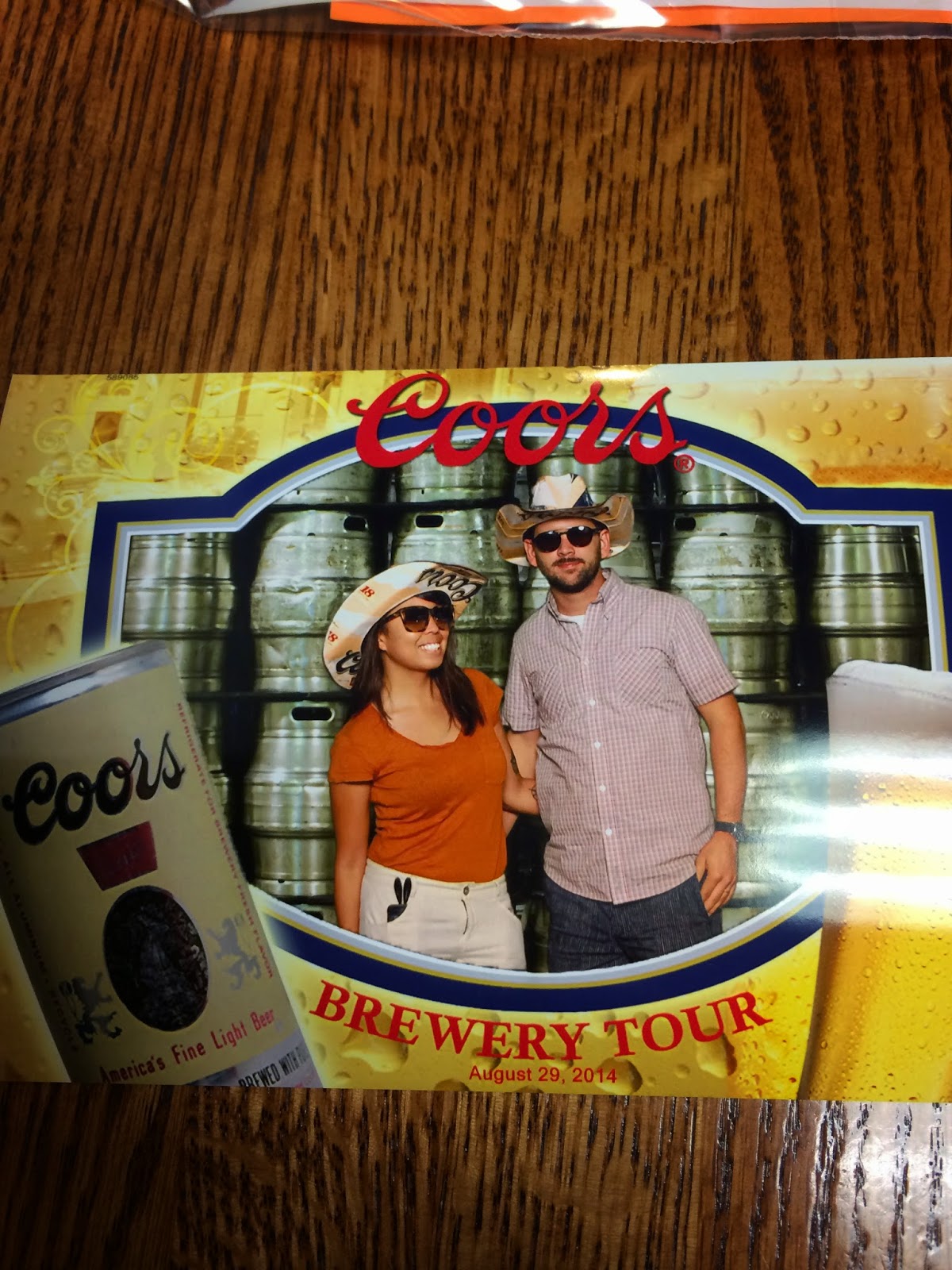 I mean, when in Rome. Right?!? Right Guys? Being a tourist and accepting the fact that you are a tourist is the best way to get the most out of Denver. While there is no food at the brewery, they do offer three free beers! 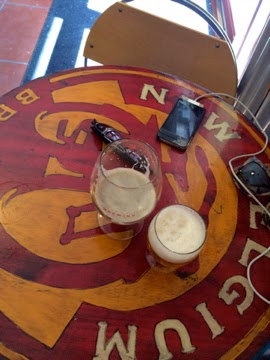 New Belgium is in Fort Collins and we took the trip out in our fancy rental car.  The beers were good and we got some free ones too! 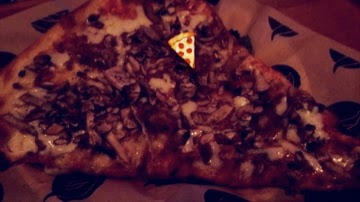 This pizza was a SnackChat that I sent out at approximately 12:30am.  Oh a pizza, you say. I can get a pizza at Pizza x Two you say?  NO! It's not the same! It was a New York style 'zza and I picked out my toppings, the crust was crunchy and I ordered a whiskey and soda! I also had a seat. This is from The Atomic Cowboy in Denver.  I noticed that Guy Fieri went there.  How did I know? He tramp stamps restaurants with his face. They stop serving food at 3am on the weekends, which by Long Beach standards in bananas! The only good food to get is El Sauz taco window or Holy Mole. Or if you have ambition you can go to Garden Grove for K-BBQ but that's out of my city limits aka an expensive Uber ride. 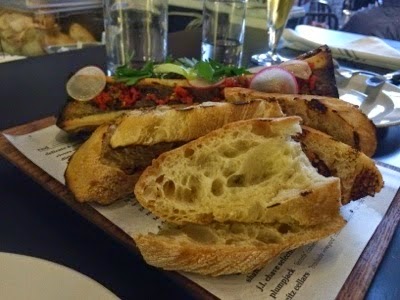 These are from Acorn.  We had a good mix of food but I think what I liked most was scraping the bone marrow from the roasted femur.  We also paid $20 for ham from a pig from Spain that only eats acorns.  It probably had a better life than me...all the way till the end. 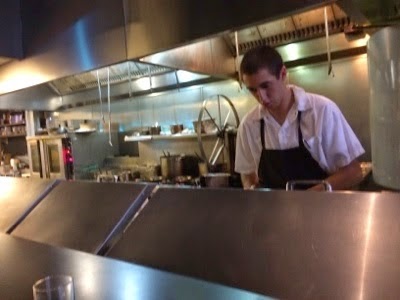 We sat the Chef's Table and got to see everyone's food being prepared.  It's probably my favorite seat in the house. 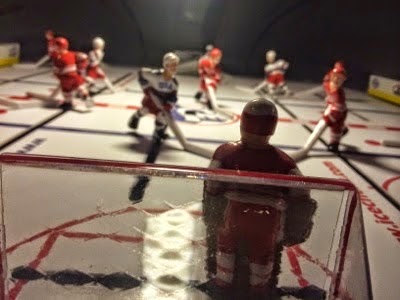 The arcade games are on lock in Denver.  It is by Eizelle Eats Out decree that all bar restaurants have table hockey and Metallica pin ball.

And now random pictures from the Denver Natural History Museum. 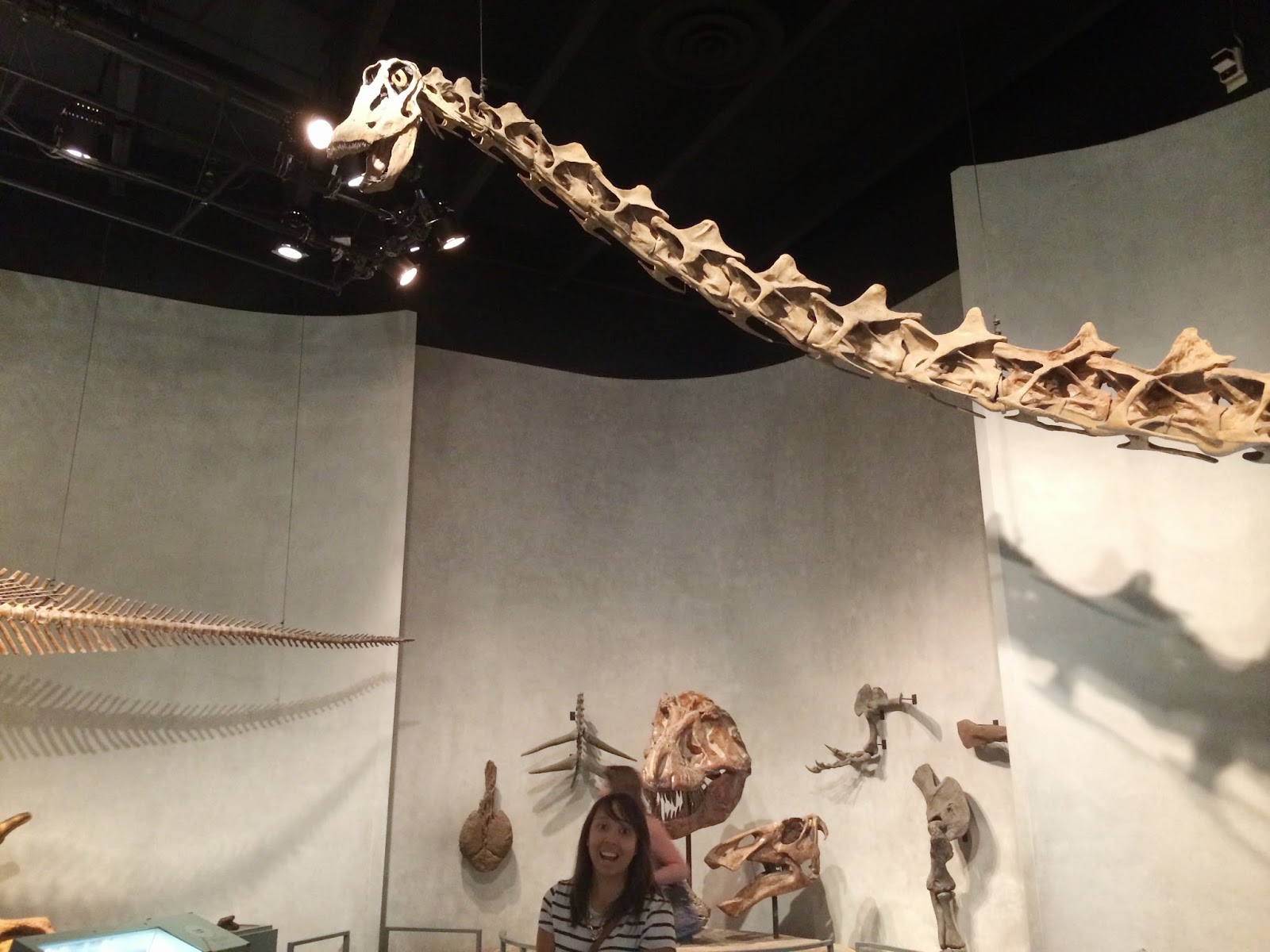 Me and the dino bones are making the same face! 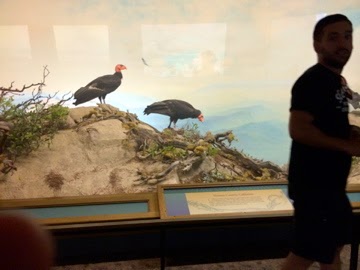 The Colorado State motto should be, Tevas or get the fuck out!
Posted by Eizelle at 11:06 AM

Email ThisBlogThis!Share to TwitterShare to FacebookShare to Pinterest
Labels: Denver, Eats Out