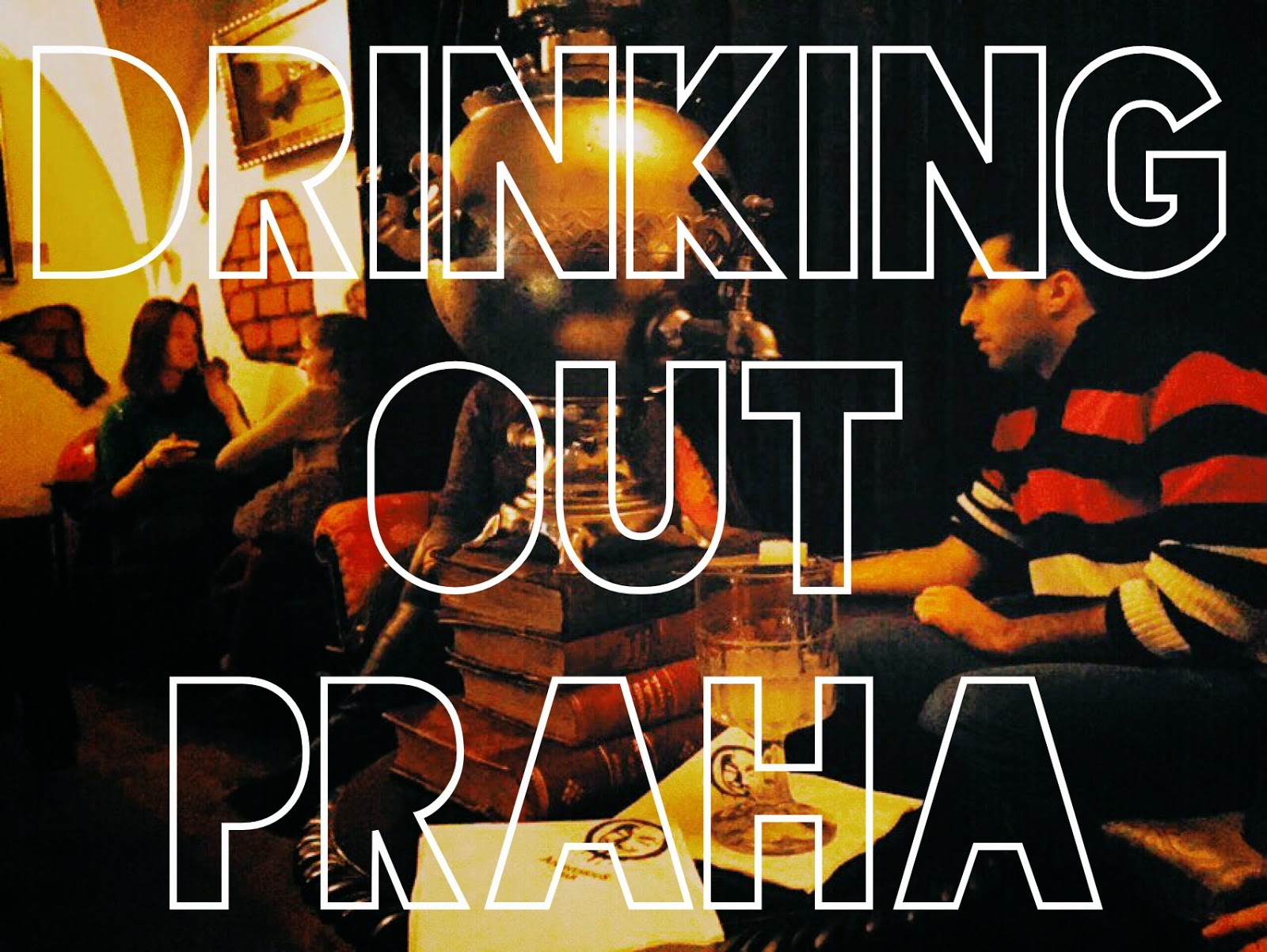 This marks the last installment of Eating/Drinking Out Eastern Europe.  Because I got sick here I didn't drink as much as I had hoped to.  It was two days into our trip that we FINALLY had a Pilsner Urquell.  I know, start judging.  We were kicking ourselves not getting a flu shot. Yeah, it might have been the wrong one, but I could have protected us from something.  But we still fought it though thanks to the over the counter medicines that we had to look up on the Internet to see what is safe.  I did have some mulled wine here as it was cheaper than tea. 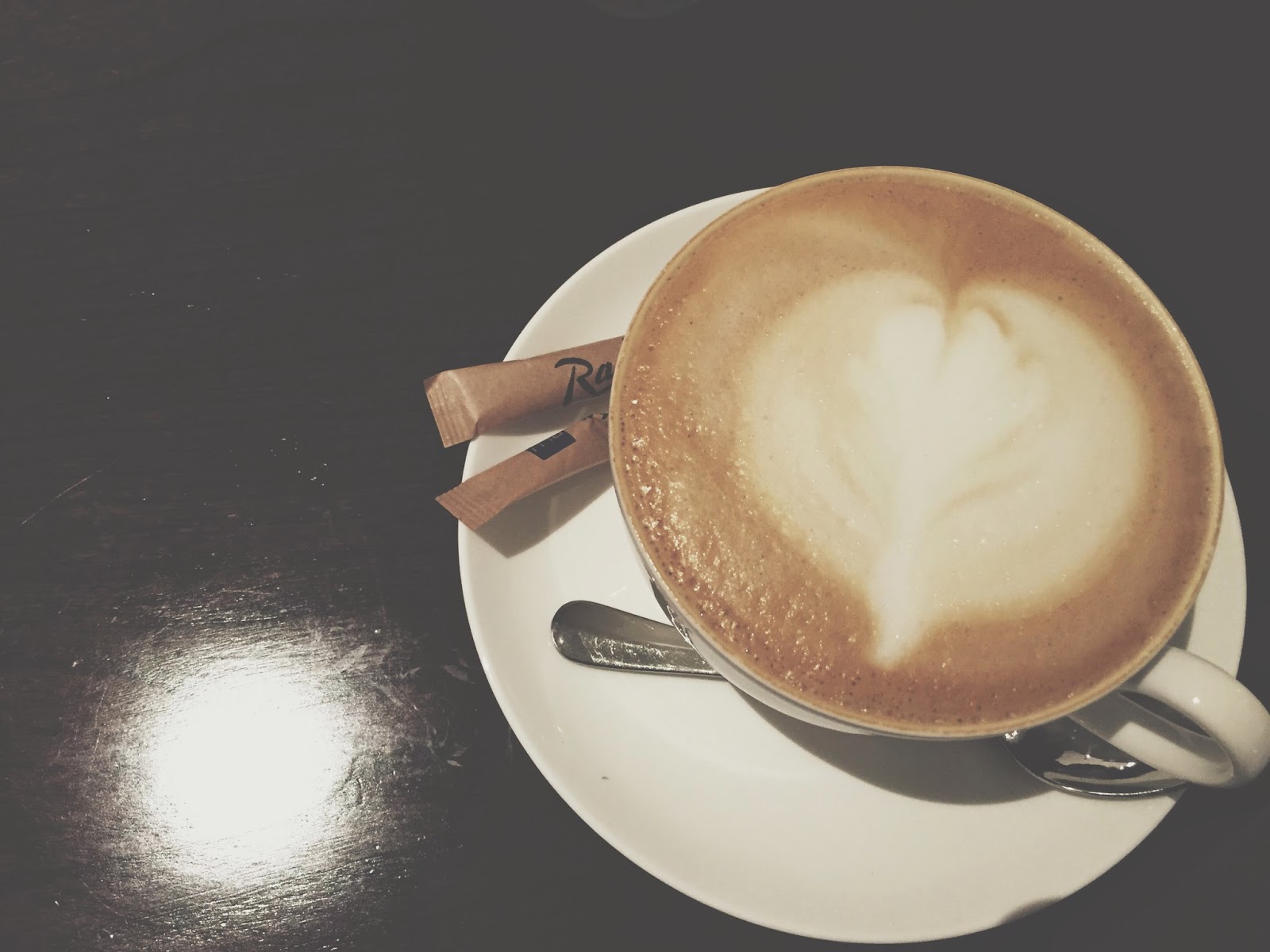 This is a picture of the latte that unsettled something in my belly.  Maybe it was the four other lattes that I had consumed or a combination of all the meds I was on. But it was a 3am wake up call.  As I was drinking this, I thought to myself, "I really like lattes.  I should give it another chance." Ha. I should have know that since the latte art was not on fleek that it was bad news.  I swore off lattes.  It's not me. 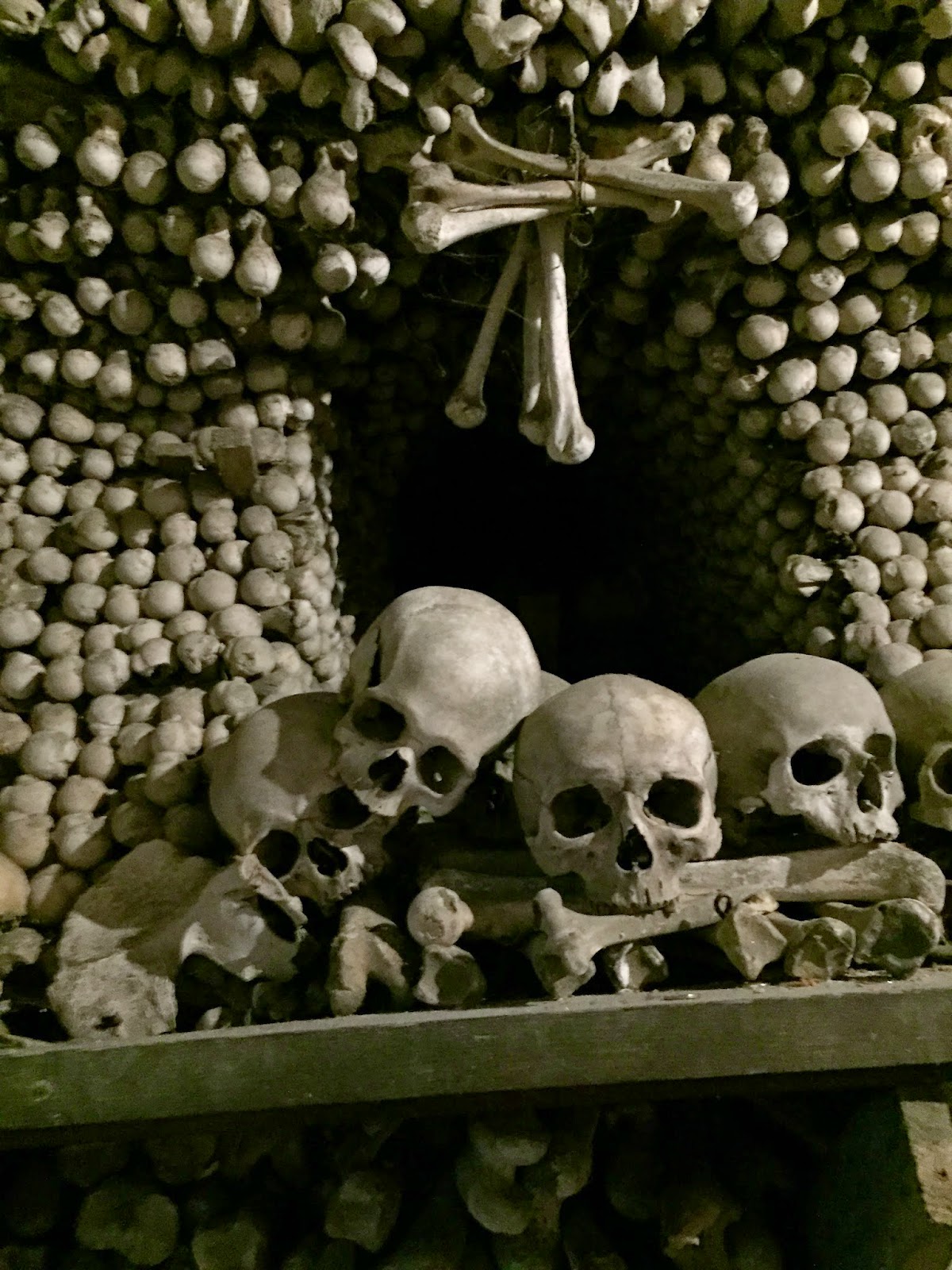 Because human bones. It's creepy but beautiful too. I guess I'm just weird. 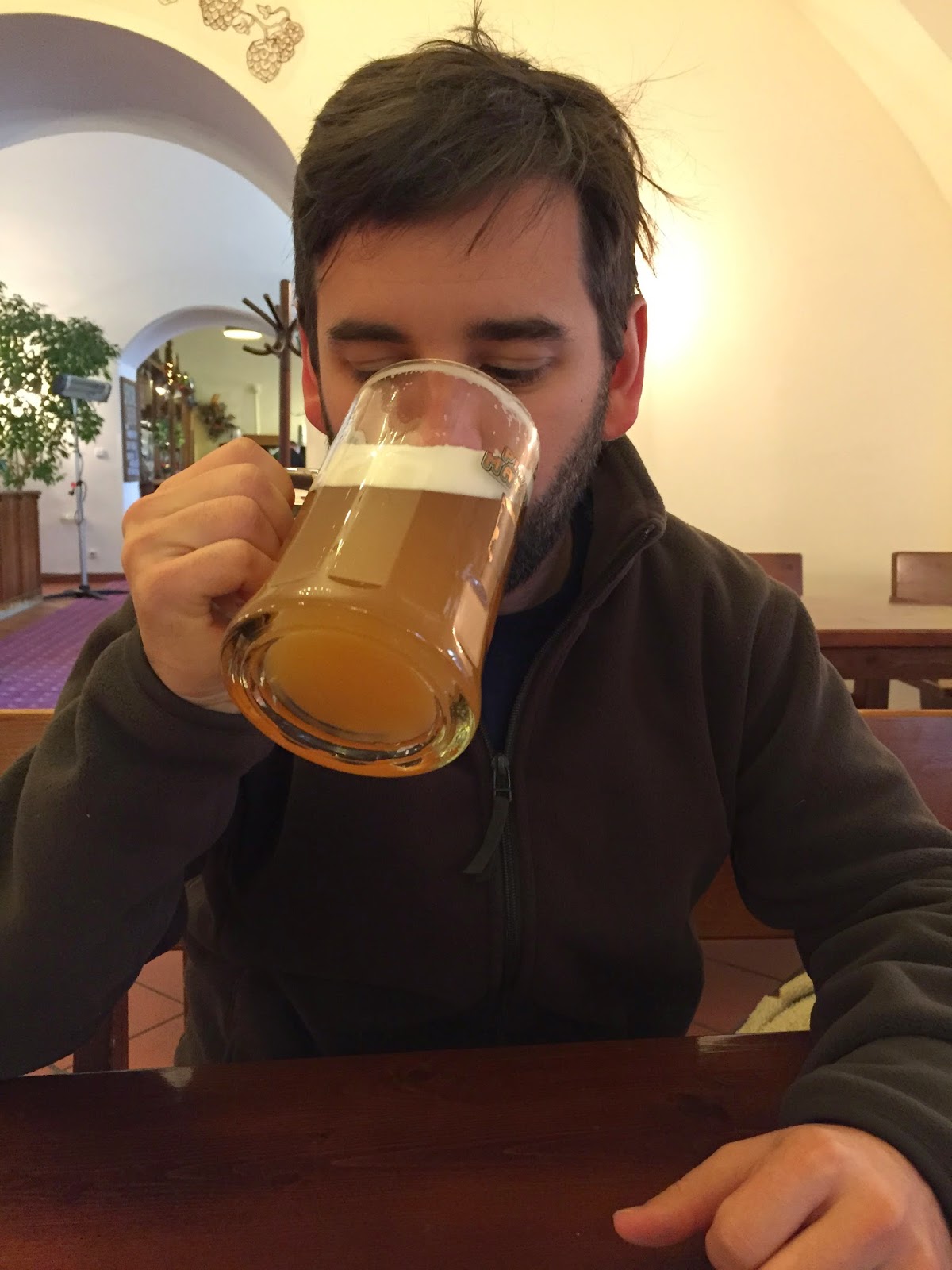 This is the man's portion of beer. 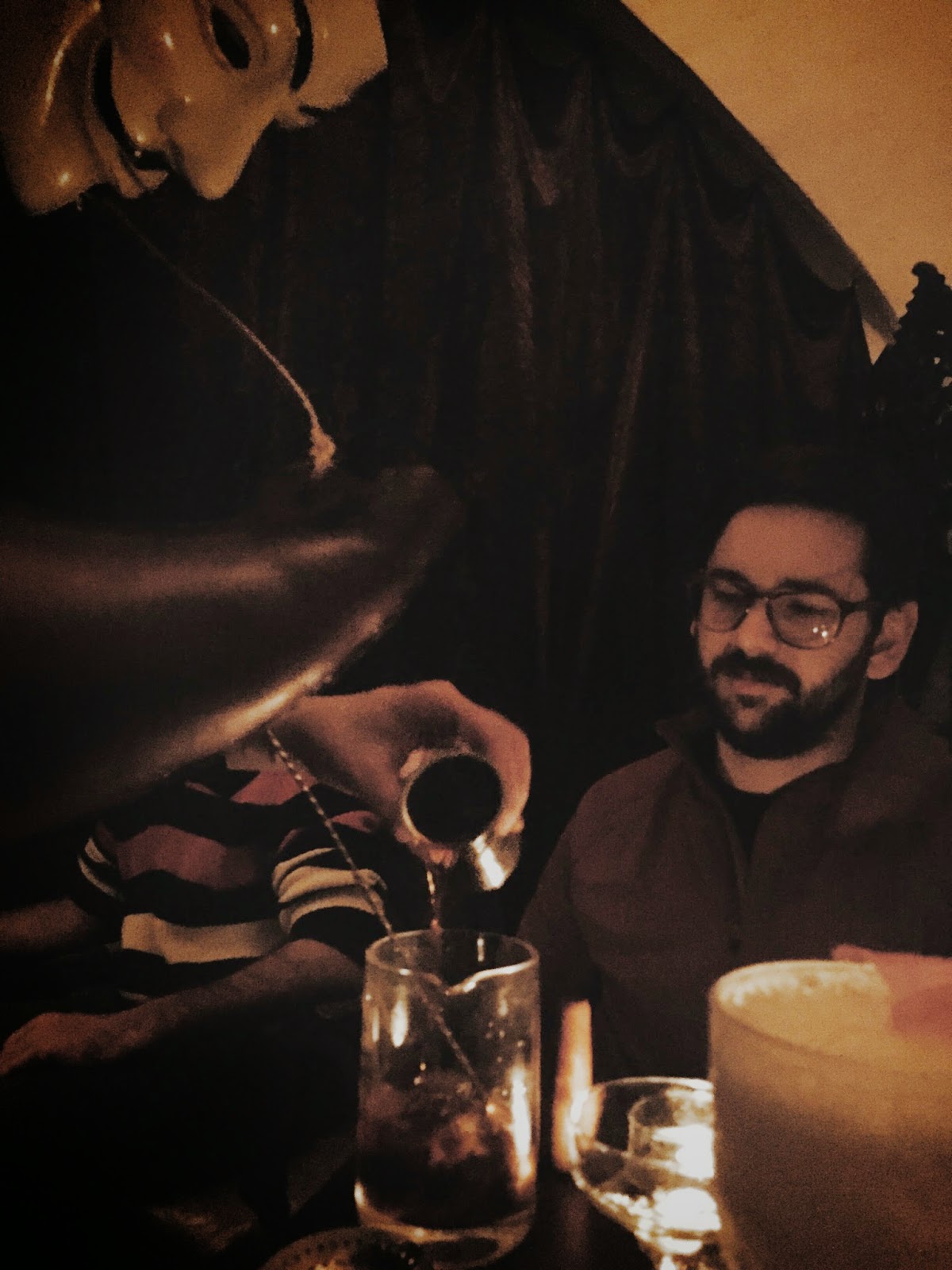 Through all the sickness we were still able to make it to the AnonymouS Bar and sit in the smoking section because there were no seats in the nonsmoking. You had to be seated like a restaurant. It was V is for Vendetta themed.  The staff occasionally wore the Guy Fawkes mask. Like pictured above.  This was a table side Manhattan making and it was out of a leather pouch thing. As this was being made, the light turned off and the soundtrack from the movie played and the other bartender had the Guy Fawkes mask and mixed a drink that was on fire! It wasn't too crowded either.  I could only imagine a cocktail bar like this in LA would be super crowded. 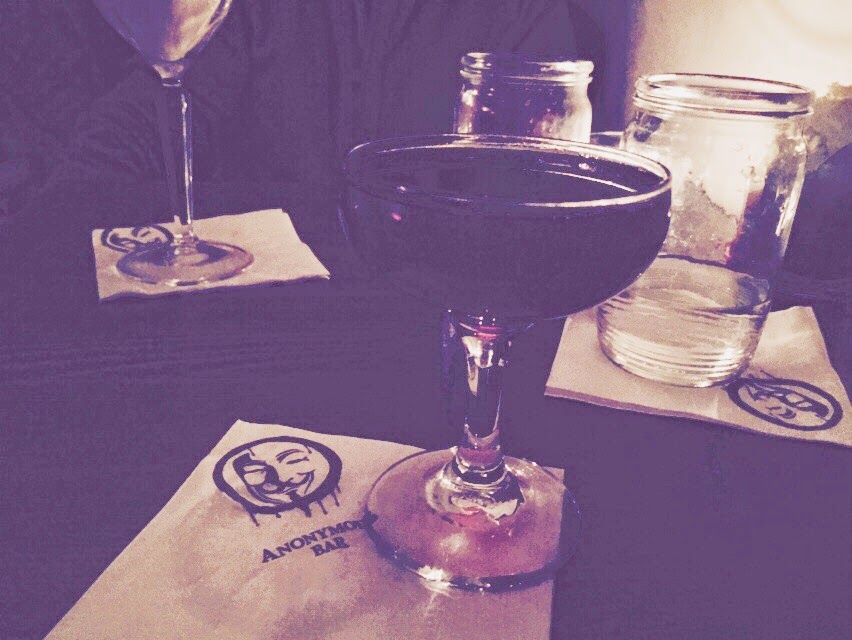 AnonymouS Bar was also the only place in Prague you could get free water. I also took the napkins home. 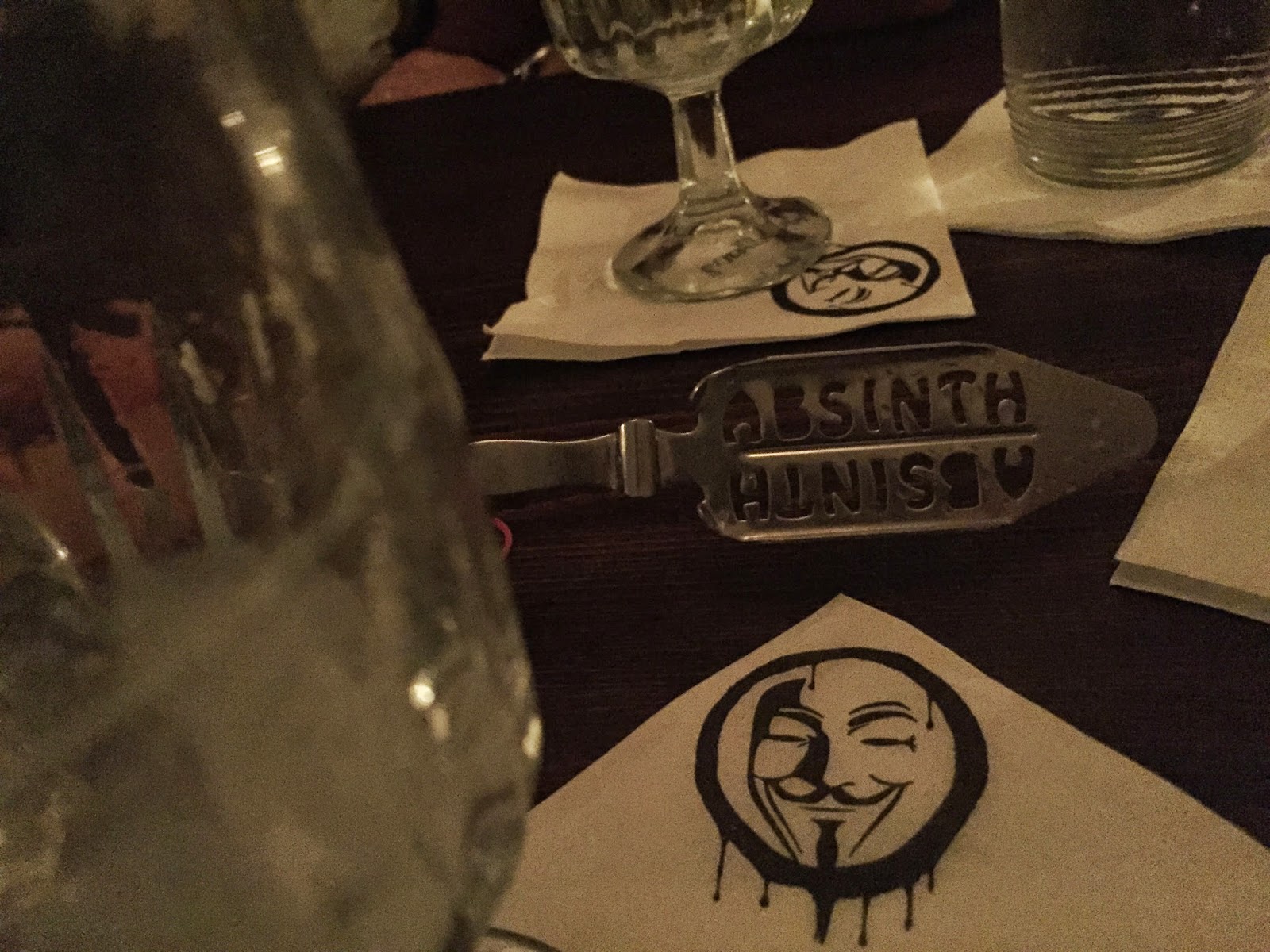 Then absinthe happened.  I thought I was going to become a better writer or that I was going to write the best blog post ever like in Moulin Rouge. But no. I think I just passed out. 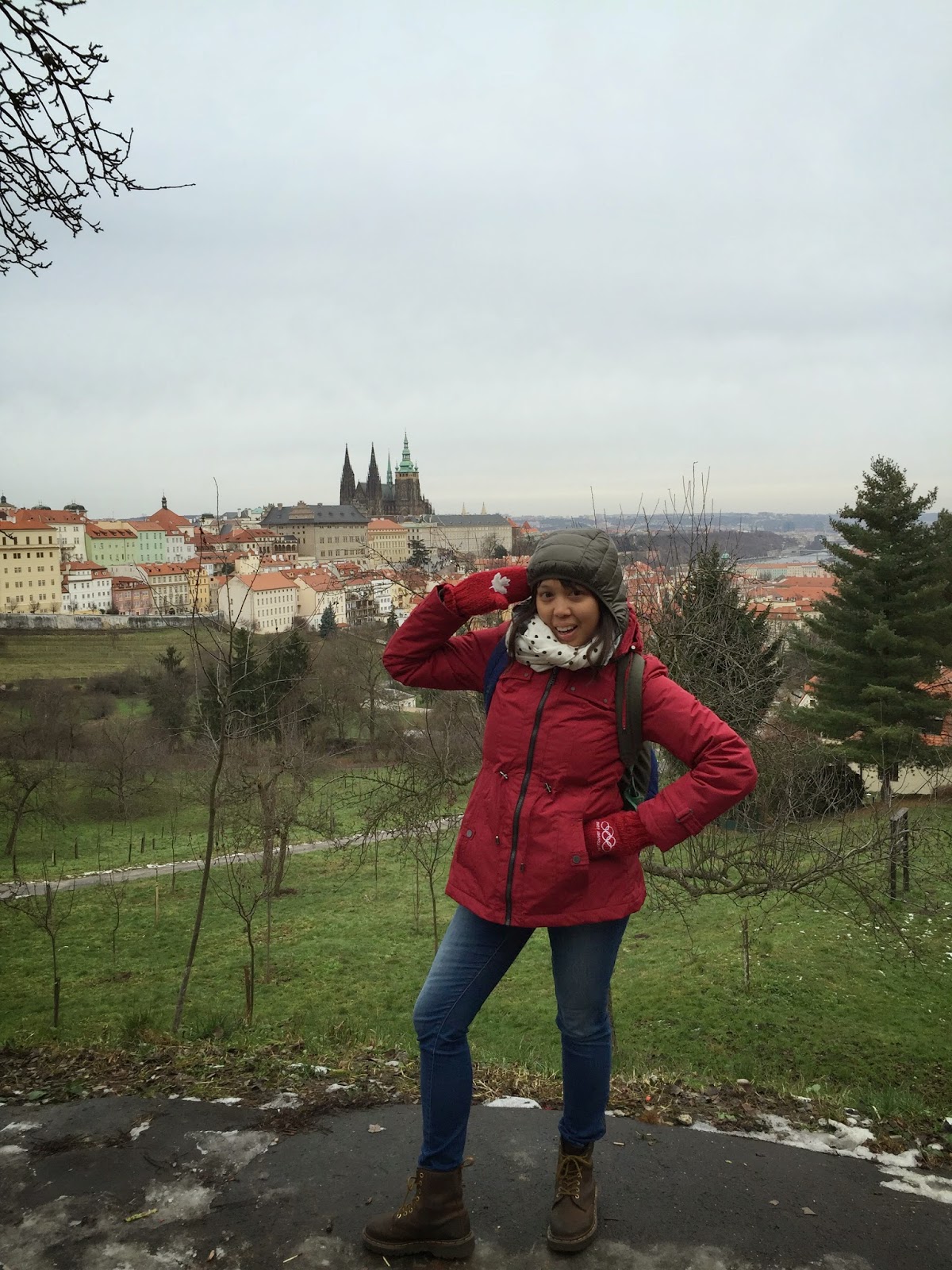 Then we went on a hike. Just kidding.

Then we decided to go somewhere warm for our next vaycay.
The End.