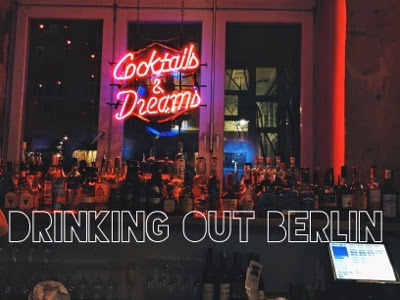 In Berlin, it is harder to get a drip coffee than it is to get booze.  I can name a handful of places near the hotel where we could buy cheap beer.  But coffee?  I would have to consult Yelp.  Sadly, yes, I used Yelp as a reference.  And it is true, the same assholes are writing reviews overseas as they are here in the US. However, if I found a restaurant/bar with only reviews in German, I held those to a higher regard than reviews with 50+ and in exclusively English. Legal drinking age is 16 and the parties don't stop till 8 in the morning. 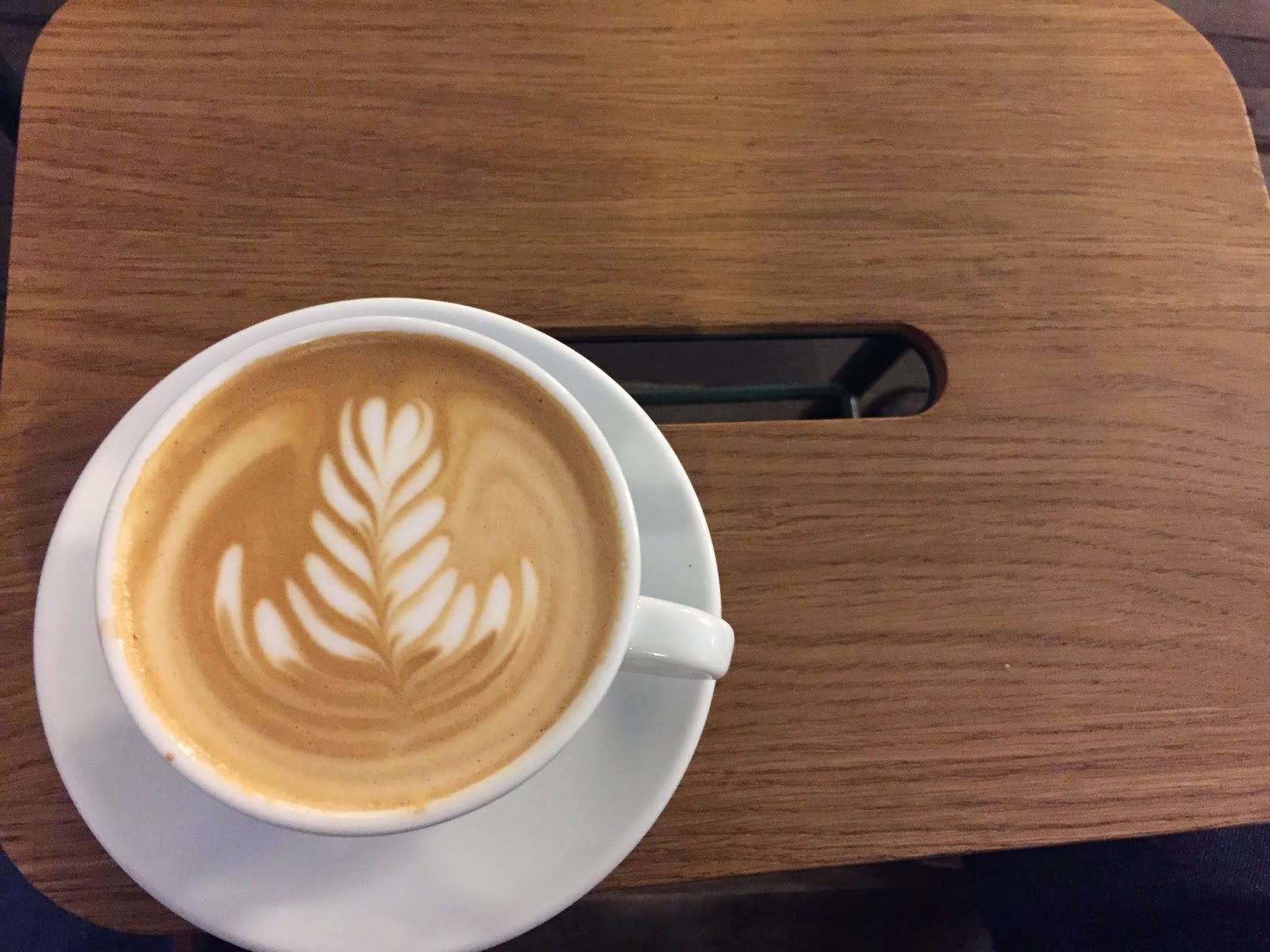 So as noted in my previous post, drip coffee is like a unicorn.  It is hard to find good coffee. Much of Europe is on the espresso train. .  Meaning lattes, doppio espresso and cappuccinos.   When we did find drip coffee, it was bad. I usually do not partake in lattes as they have a good amount of real milk and me and a good amount a real milk do not mix.  I can handle the fermented variety, yogurts and cheeses but milk in its purest homogenized and pasteurized form is like poison to me. I figured, why the hell not! I'm going to drink lattes made by the milk of cows because soy or almond was not really an option and like the chickens, they probably lived better a life than those from home. For the most part it was good.  We usually shared so it wasn't a whole lot of milk. And I love latte art!

Voo Store is something of my dreams.  Pretty clothing and a coffee shop? Emoji Hearts!!! 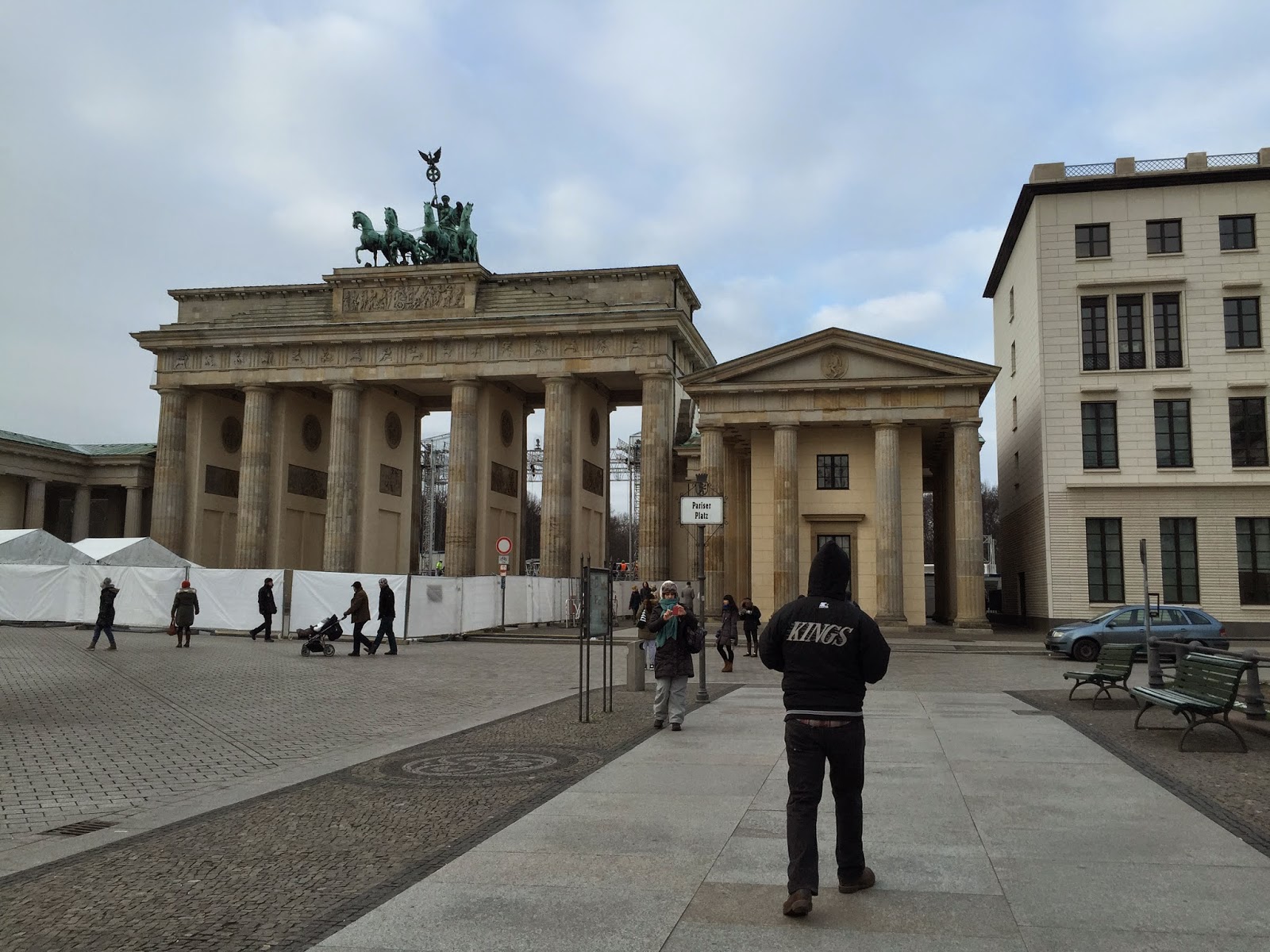 They were prepping for the Hoff's NYE performance. 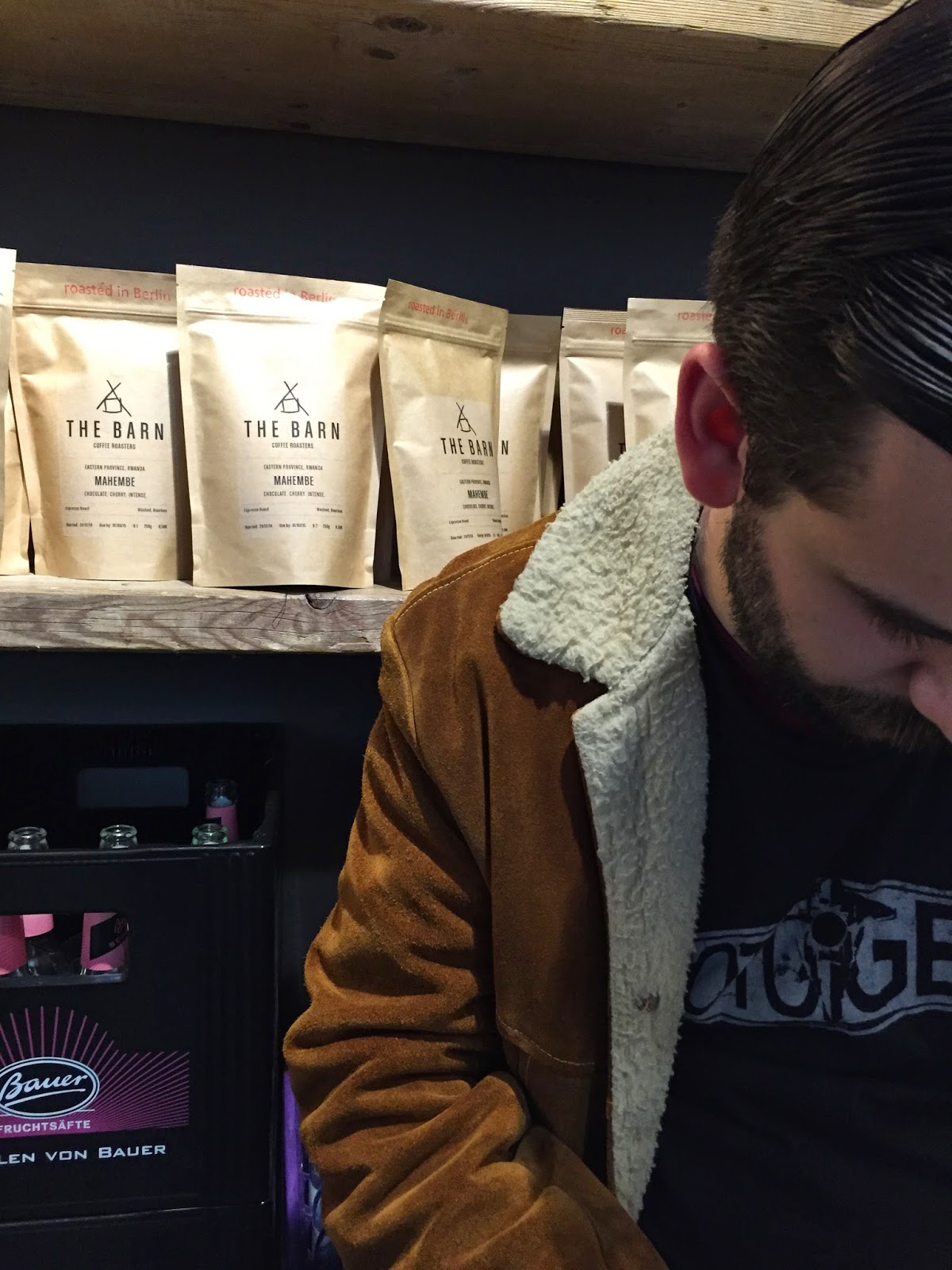 There was one spot in Berlin that did have good drip coffee Silo Coffee. Judging by the fact that we couldn't get a seat, that this place was pretty popular. They served The Barn roasted beans.  So then we took a trip to the Barn and had a latte. Fuck, that's two document lattes. Still nothing at this point. So thumbs up!

Then there is Club Mate. AKA turnt up juice. I fell in love with this so much.  I miss it. 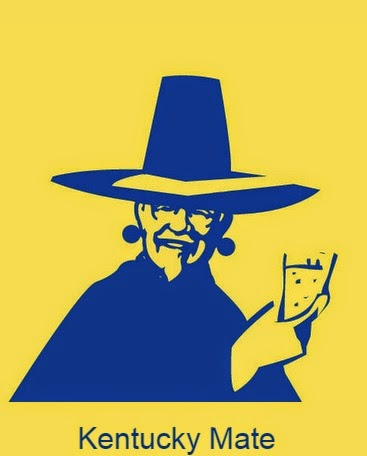 I loved it so much, that I didn't document it. So I took a screen cap of the drink you can make with it. If only I could smuggle it in like the man who wore 94 iPhones. 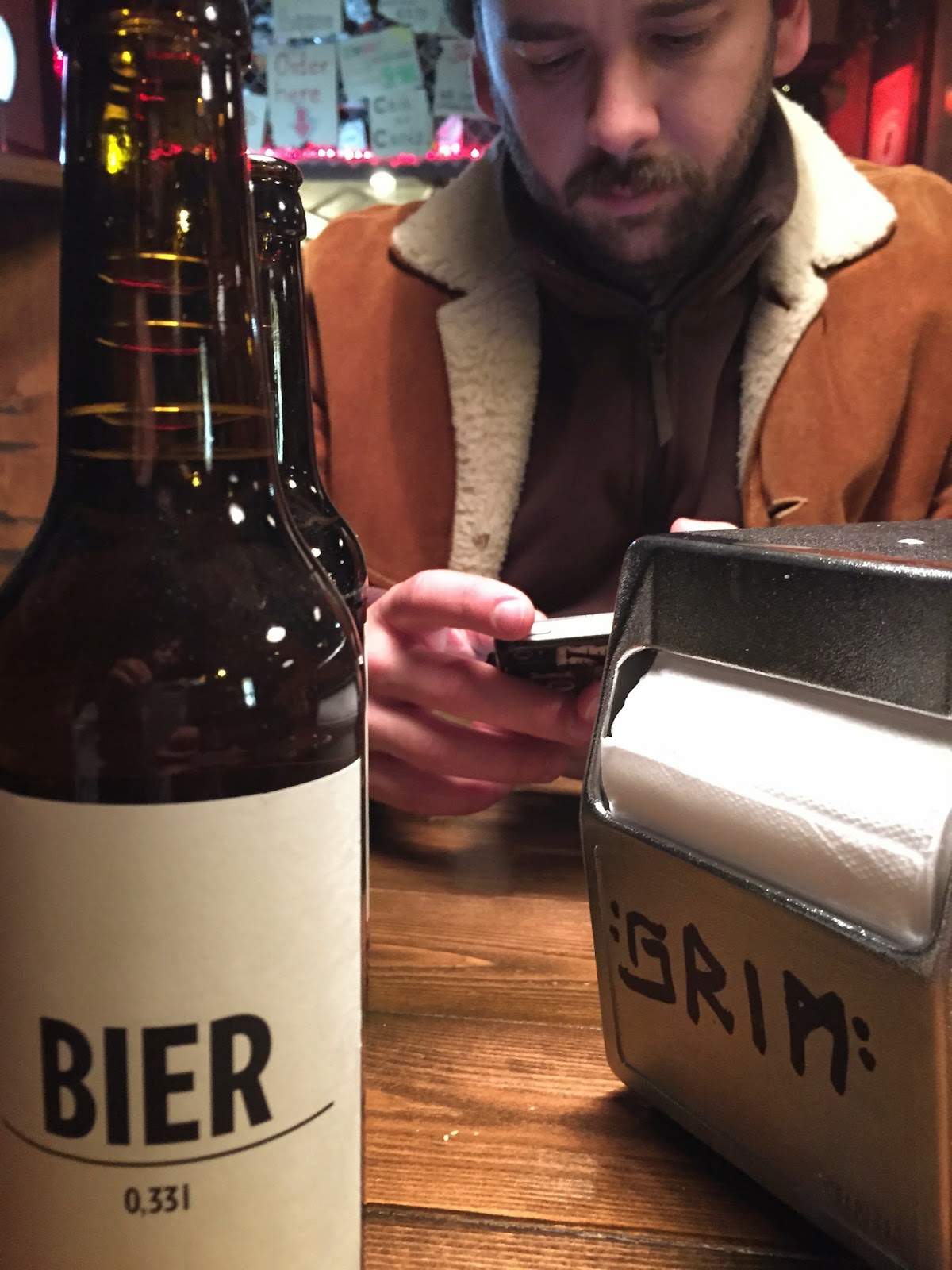 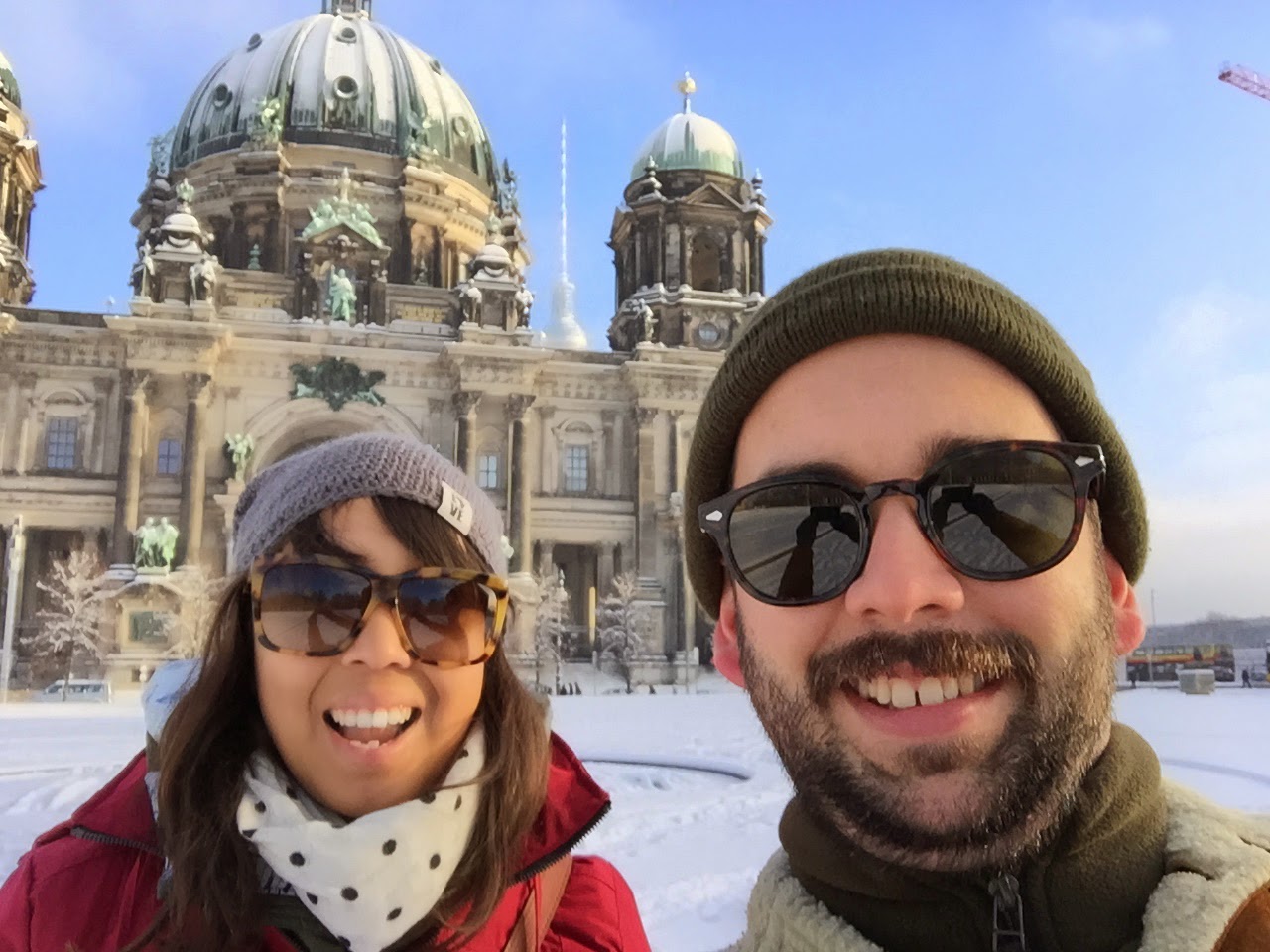 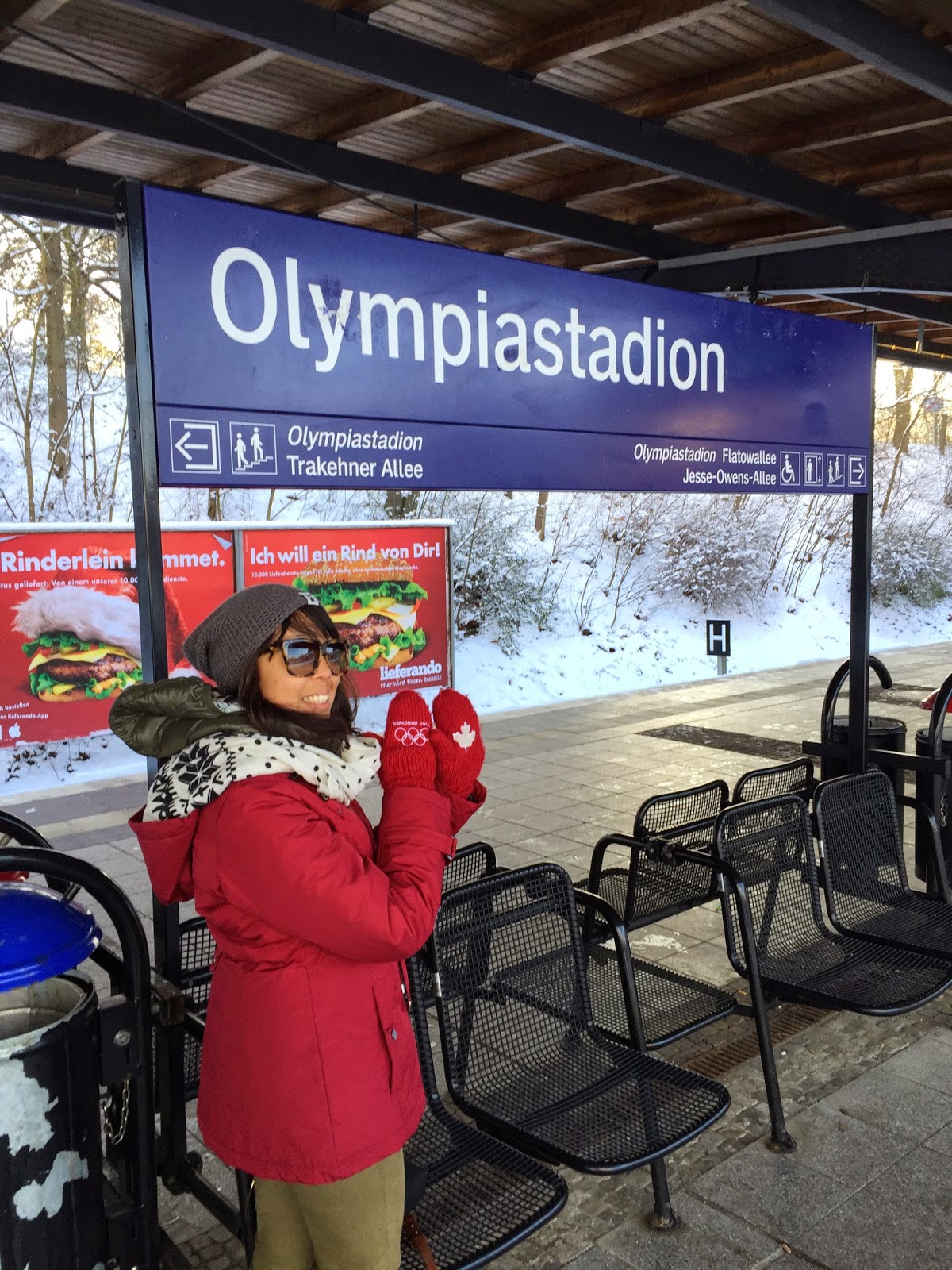 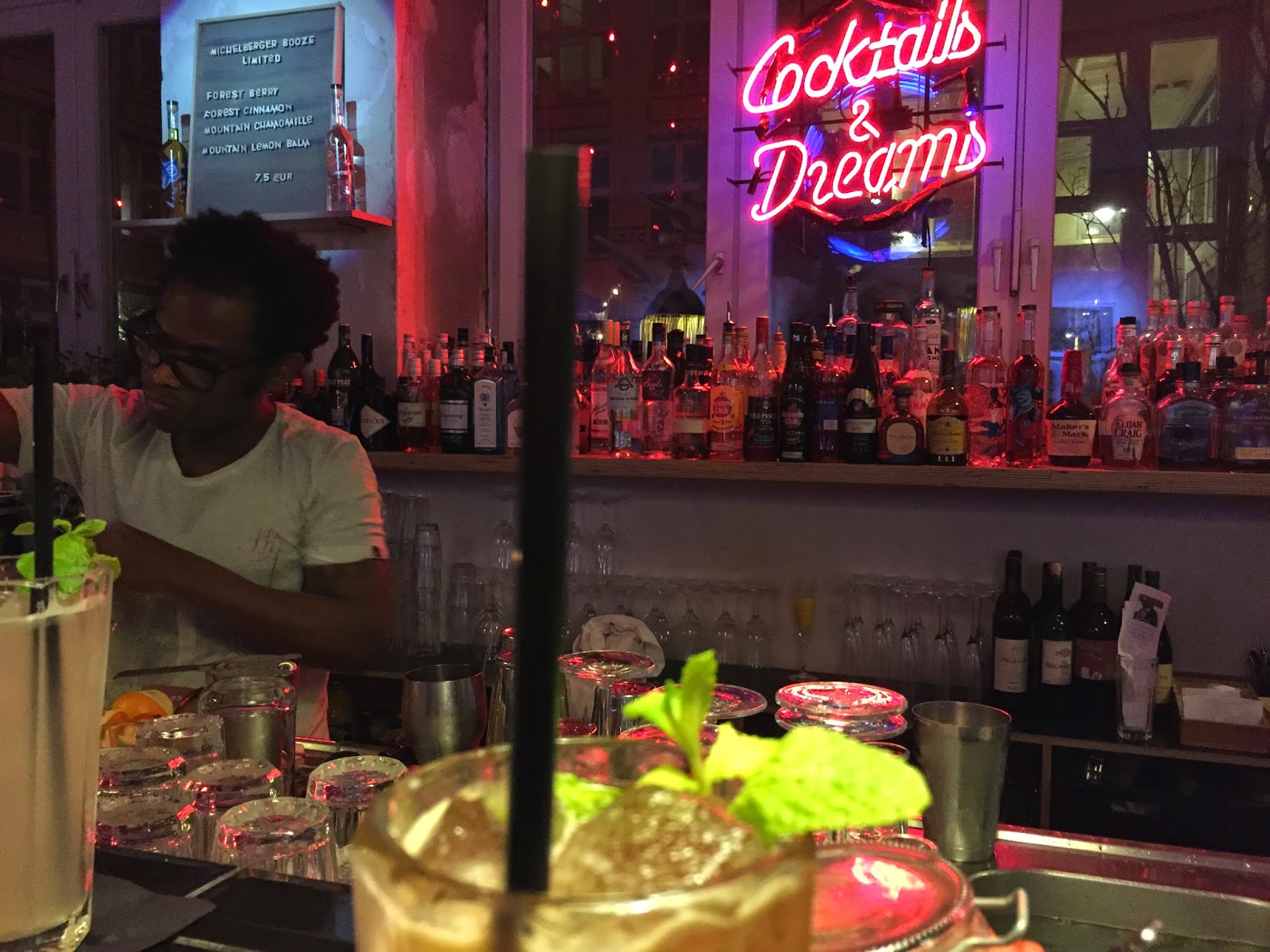 The hotel bar was a favorite of ours.  We met a fellow American that bartended that missed pastrami sandwiches. You can get a Club Mate and vodka. It was also smoke free. 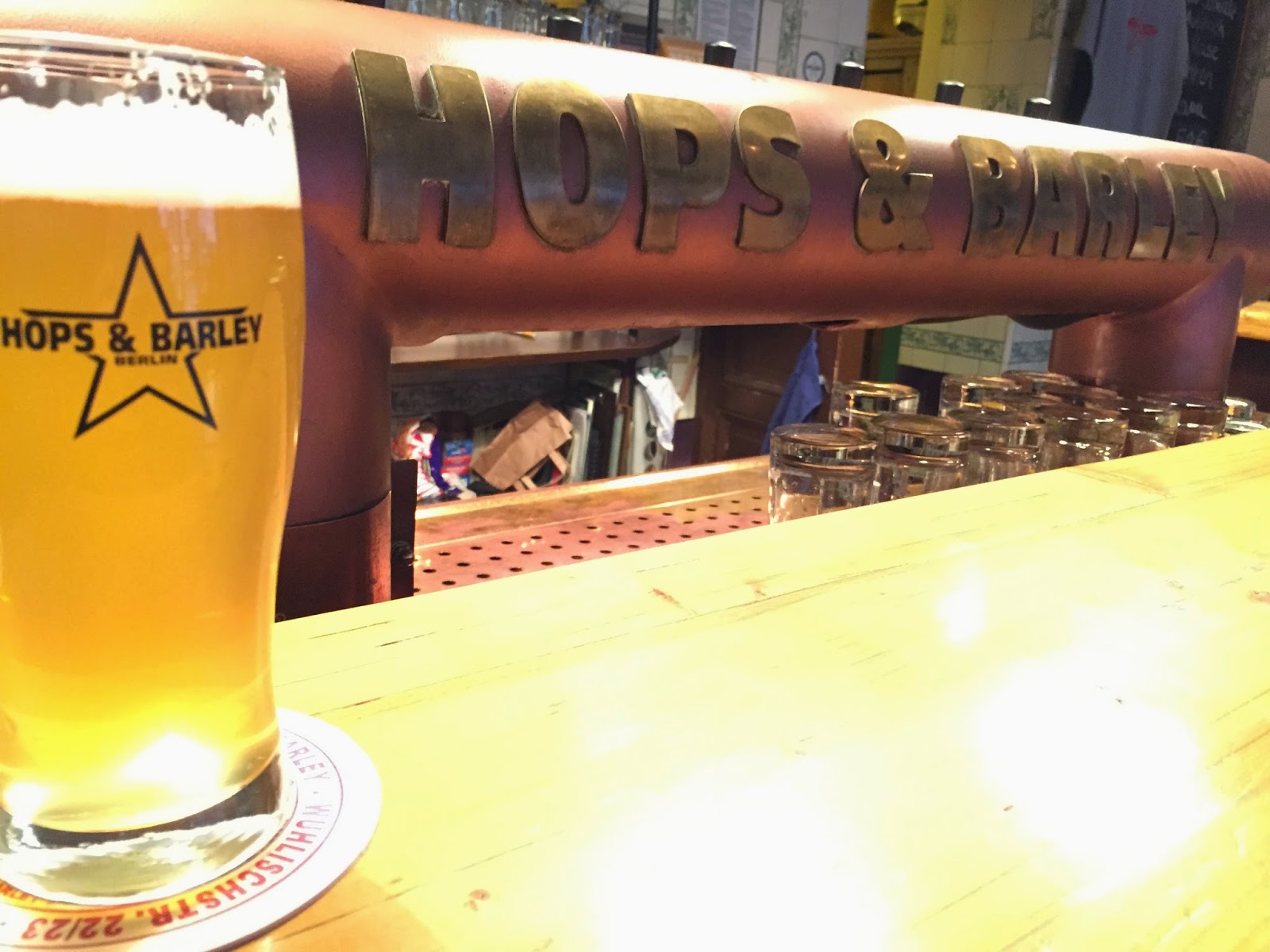 In a sea of cheap bottled beer there was craft brewery. Hops and Barley 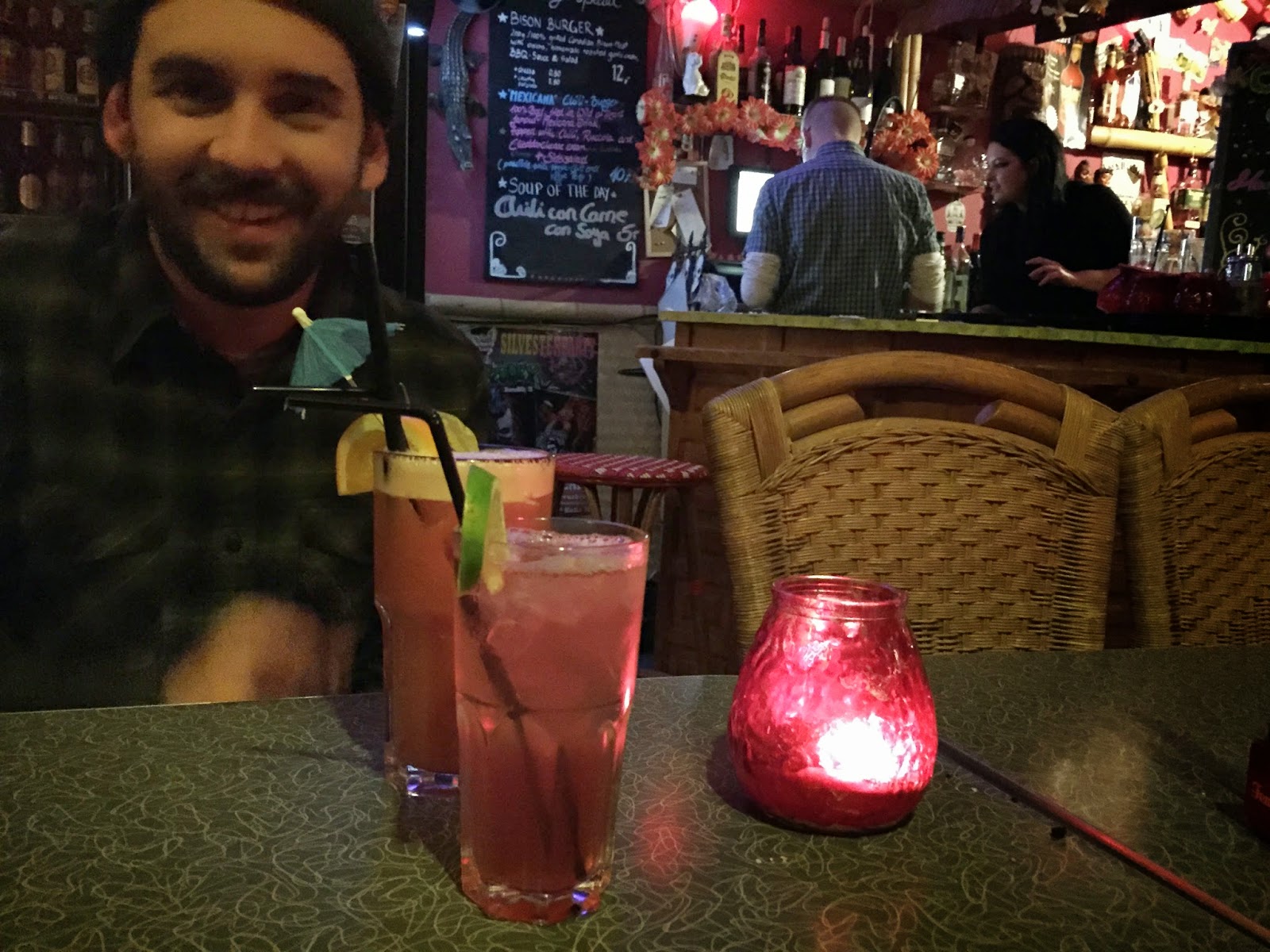 Because why not a tiki bar in Germany? They also played Punk-o-Rama CDs. 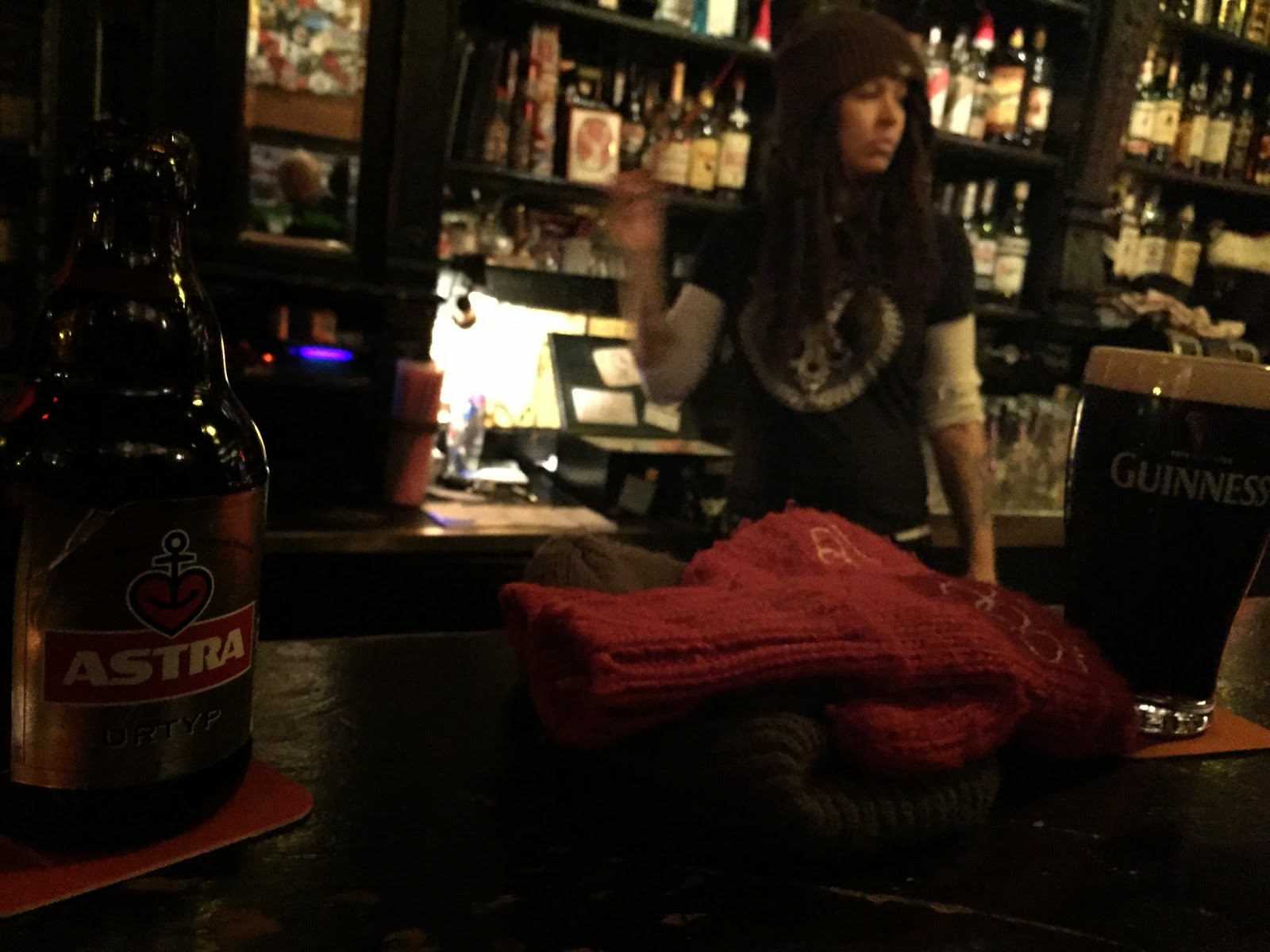 I liked the symbol. You could also smoke in the bars.  Which was got pretty unbearable and is what probably lead to the flu like bug we caught. We bought a shirt here and now the name of the bar escapes me. 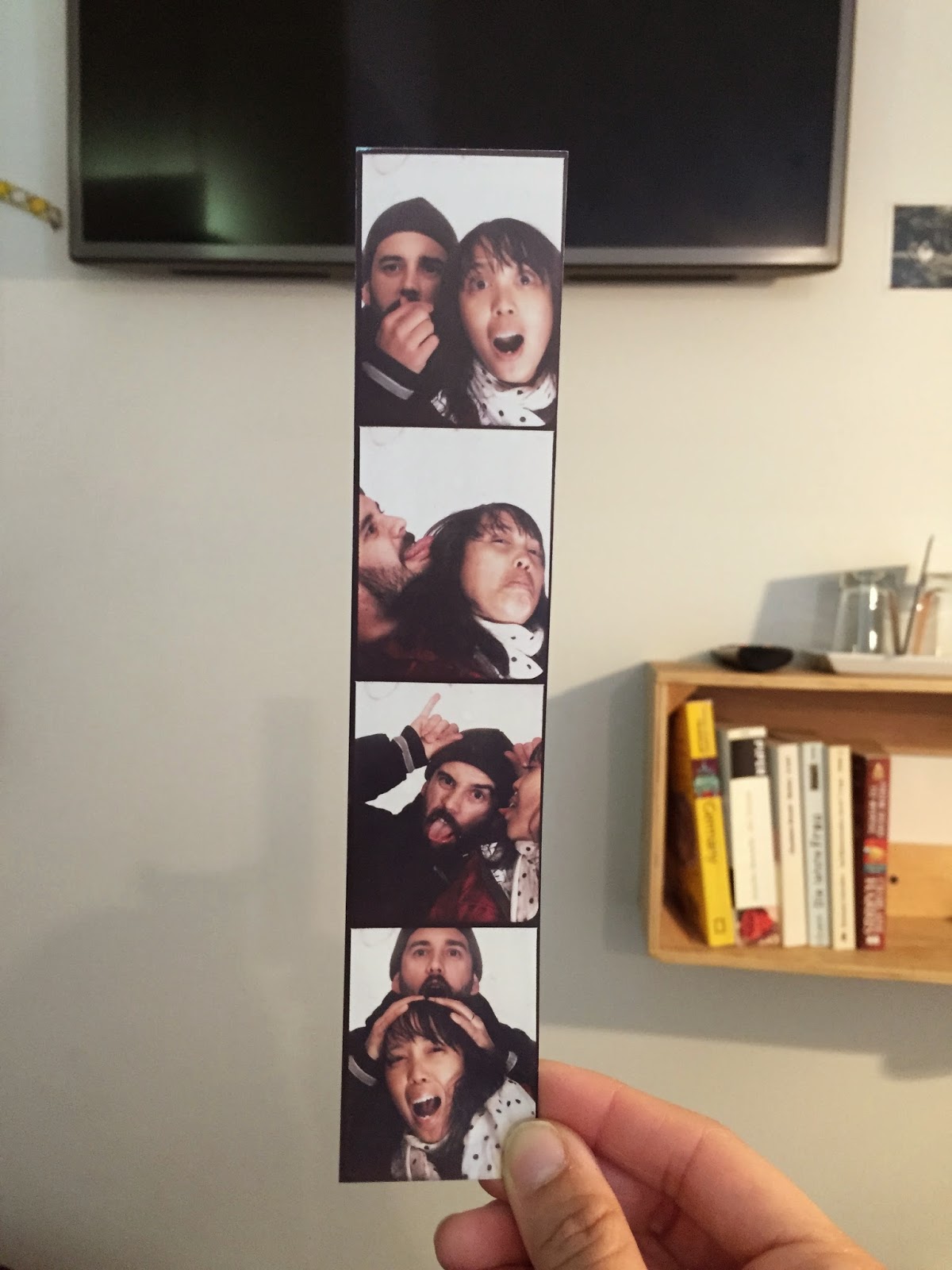 After a night of bar hopping in Kreuzberg, getting off the train one stop early, discovering a falafel spot, then craving pomme frites, the photobooth hapened. The night started off looking for a bar on the second floor above a liquor store.  A typicalbar shift in Berlin is 11pm to 8am. The. Fuck. We knew the bartender through family and she was super nice and bought us a shot.  Which is the smallest shot ever.  Then to the tiki bar, then the bar that we bought a shirt from then going back to the hotel. Which God knows how we actually remembered how to get there. We also had two beers in tow and when woke up there was one. Because that is what you do in Berlin.

Email ThisBlogThis!Share to TwitterShare to FacebookShare to Pinterest
Labels: Berlin, Drinking Out