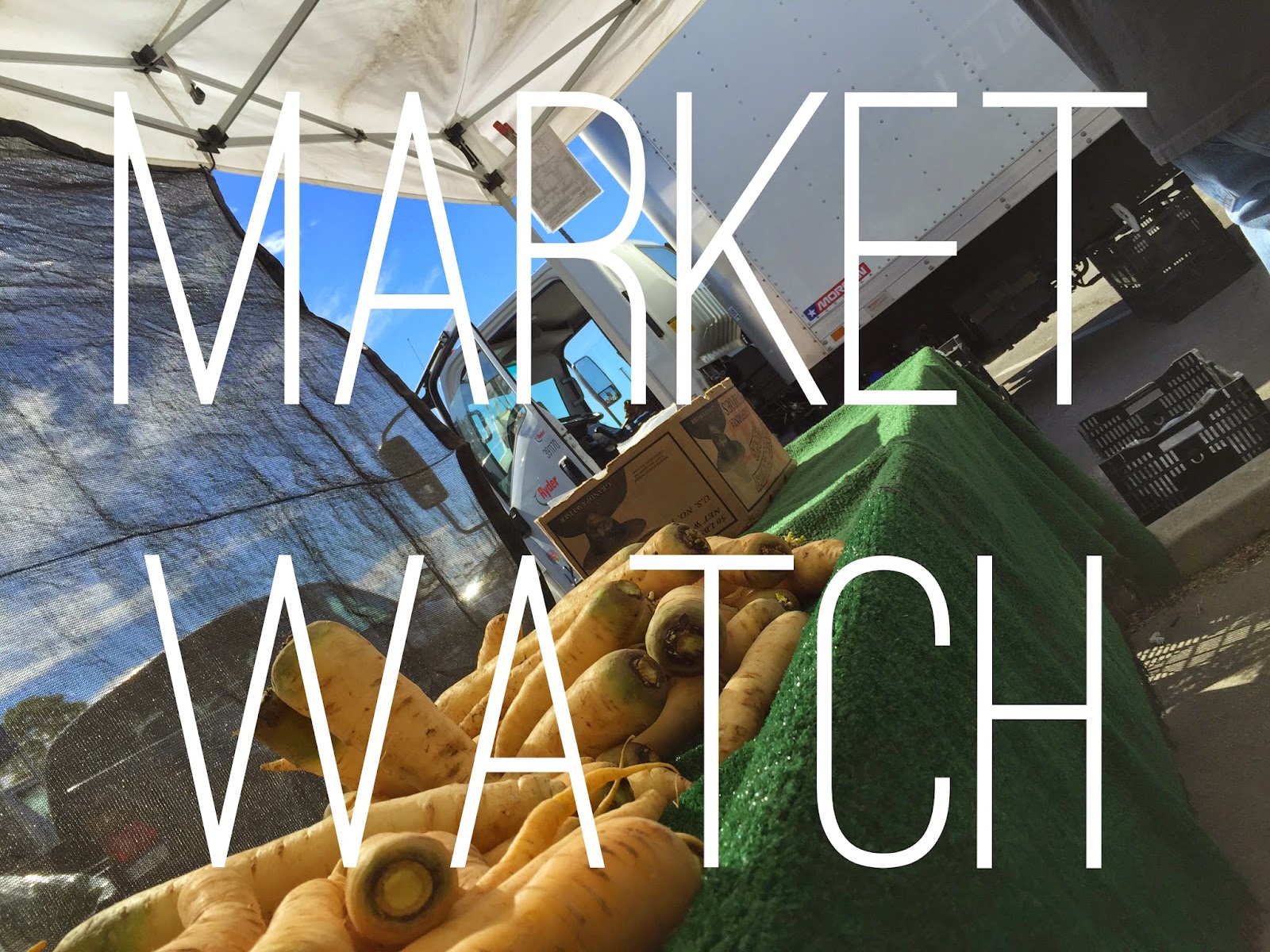 The Southeast Farmers Market is not my favorite farmers market in Long Beach, but it is one of the more popular ones.  It is always crowded and the selection is not as varied as I would like it to be.  But it was a beautiful day and I like to see what is in season.  Also support local culture and all that other hippie shit.

I haven't been here in quite sometime because the market on Wednesday is so good.  Other than the selection of vegetables, nothing has really changed. The mushroom lady is still there which makes me happy.  Right now, it's all about root vegetables and citrus.  I was hoping there was a last batch of finger limes, but I wasn't sure any of these vendors would have any and they didn't  I was so tempted to buy some blood oranges though.  They are just so pretty.  It was also the last of the persimmons so get them while they are around! 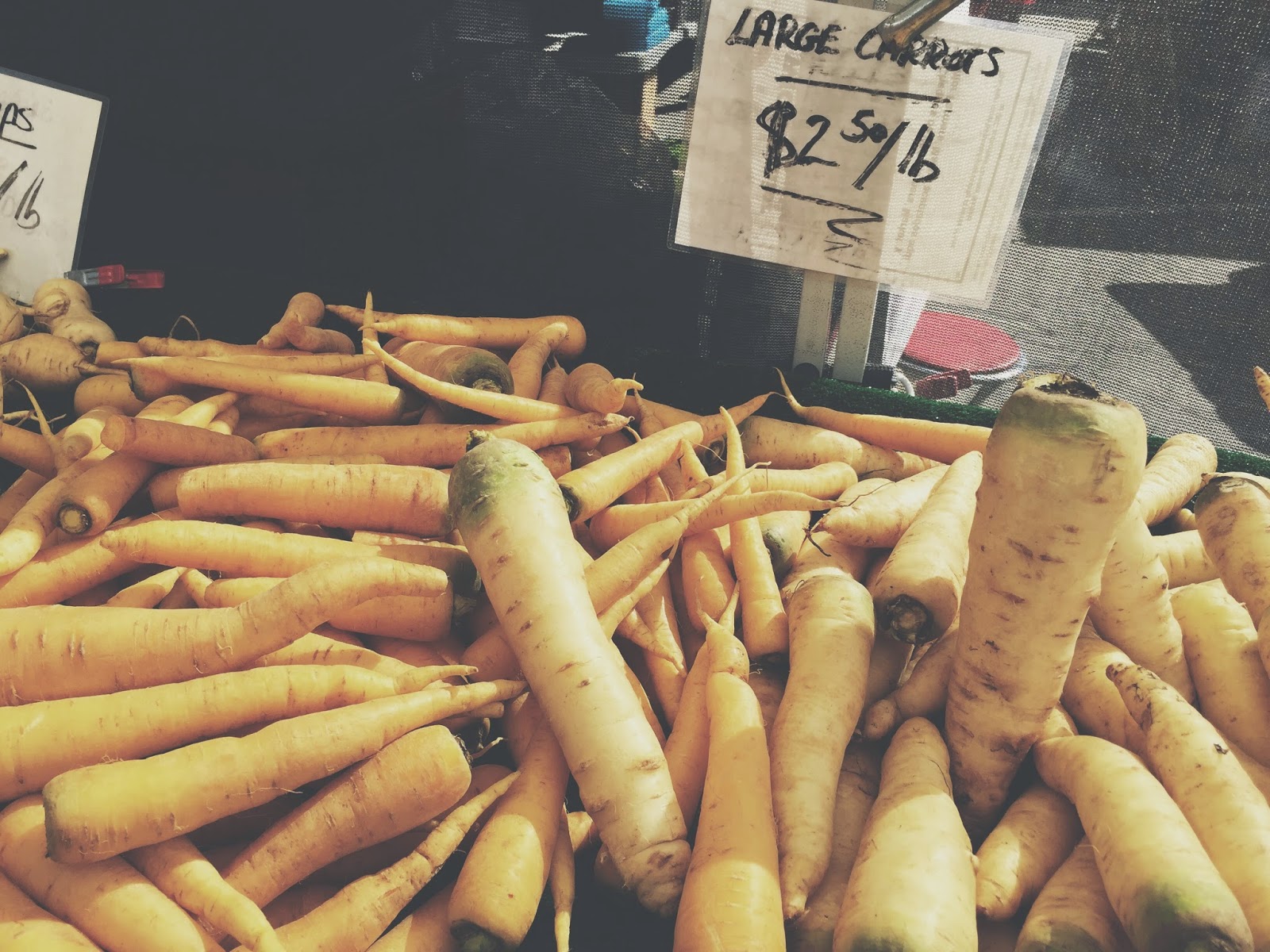 Since I wasn't really looking for something specific, I was able to take in the market and just enjoy the sights, smells and sounds.  Like the giant carrots. They were as wide as my wrist and as long as my head! 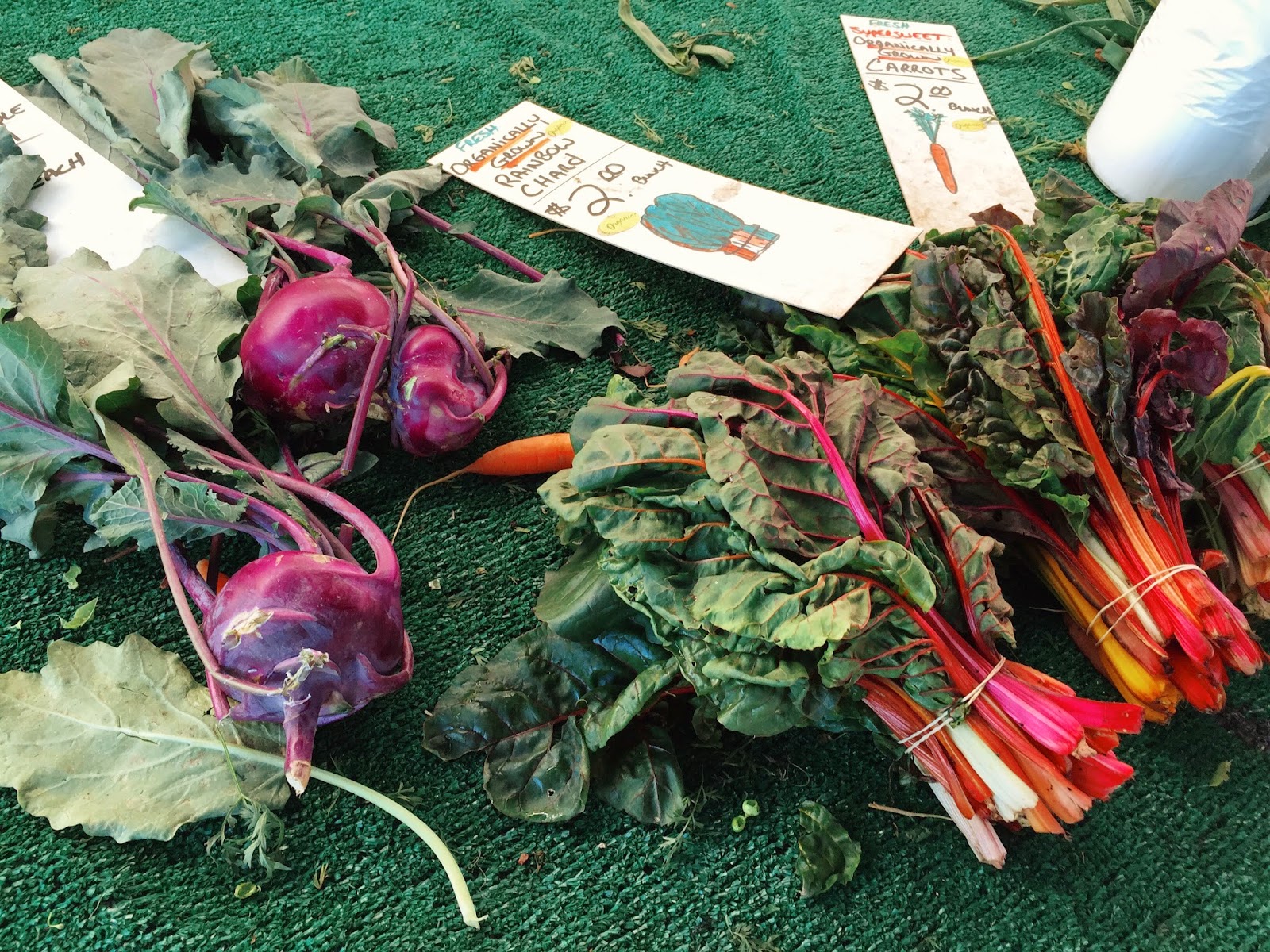 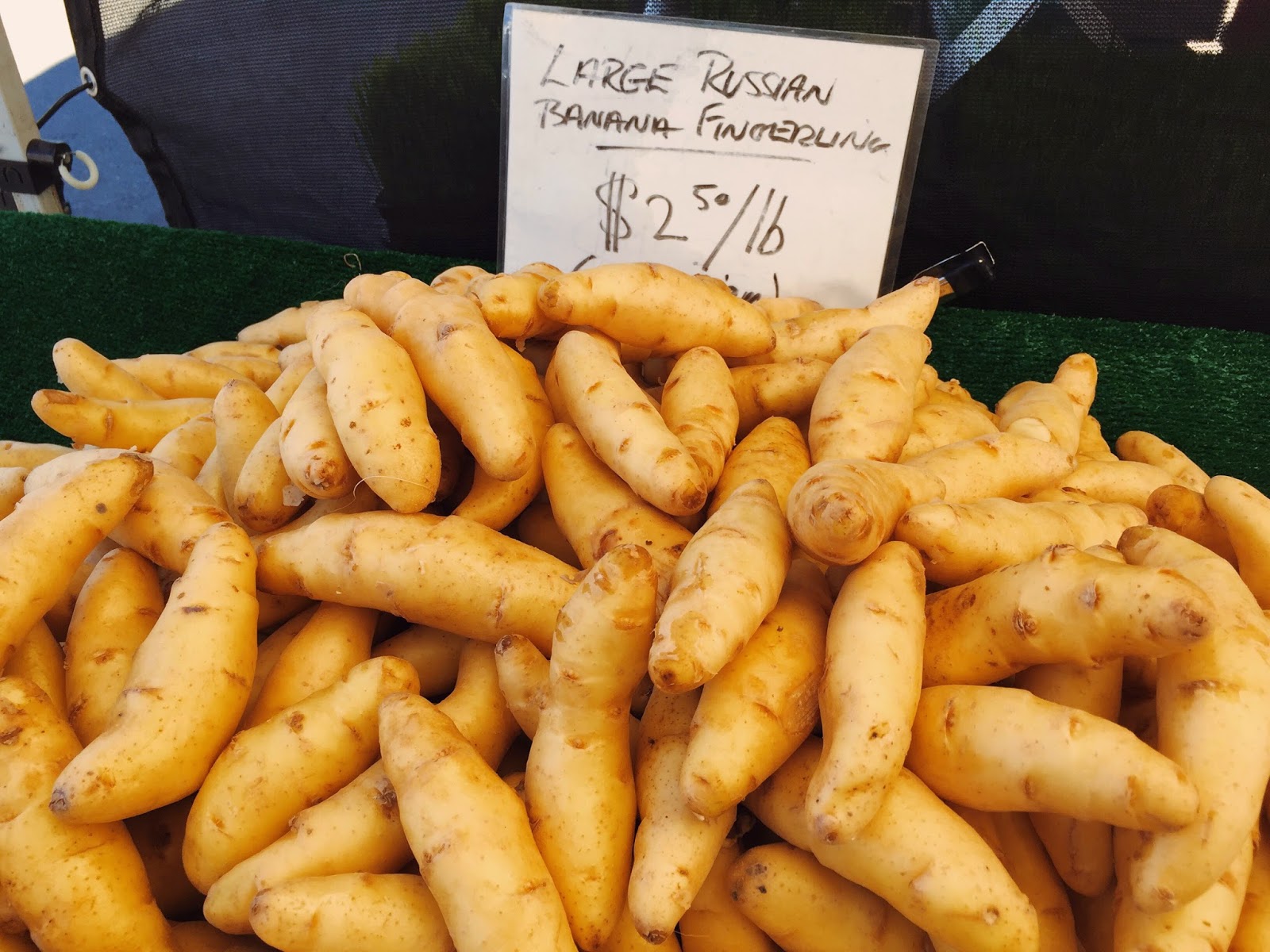 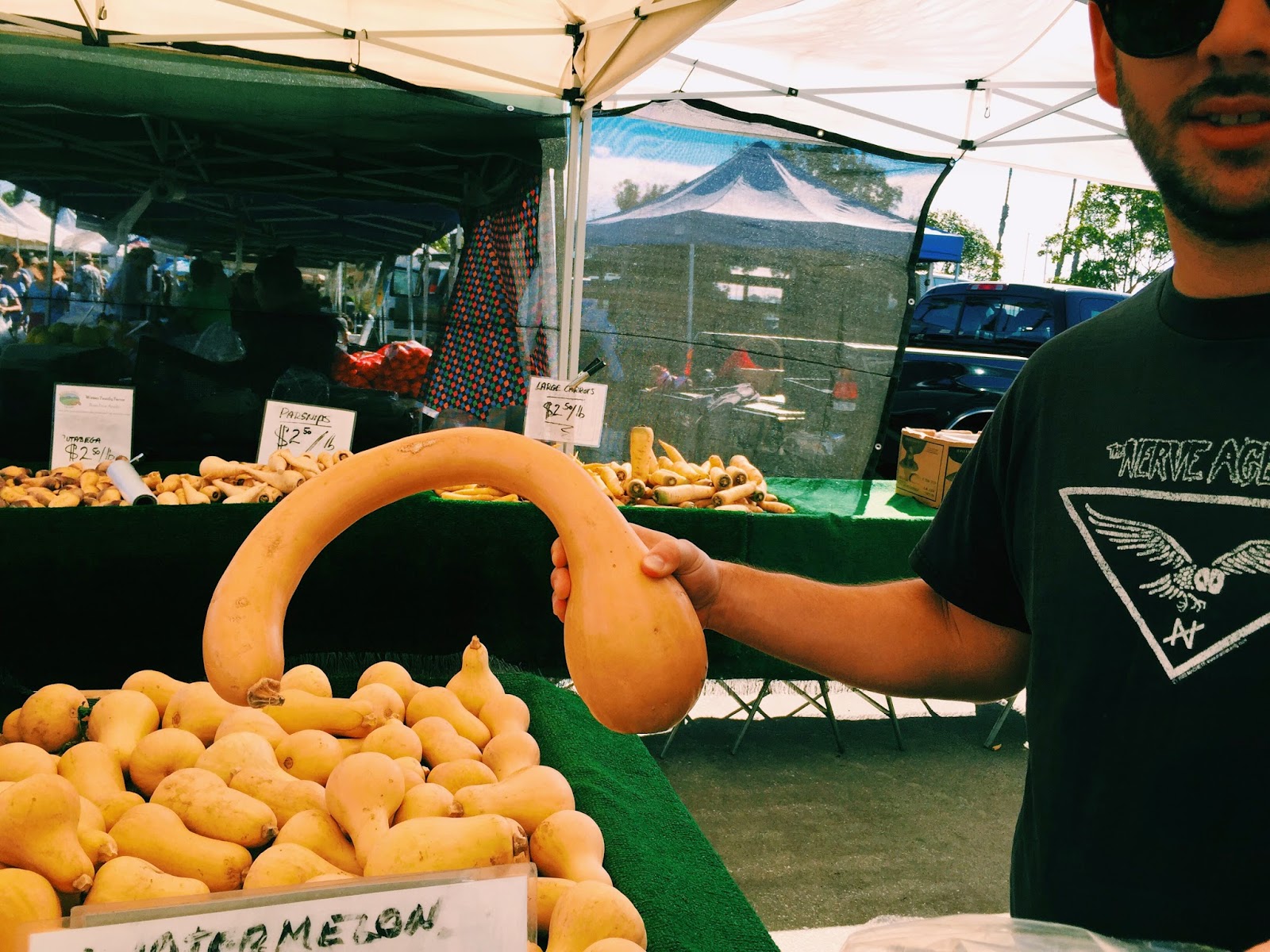 Let's file these under sexy vegetables. 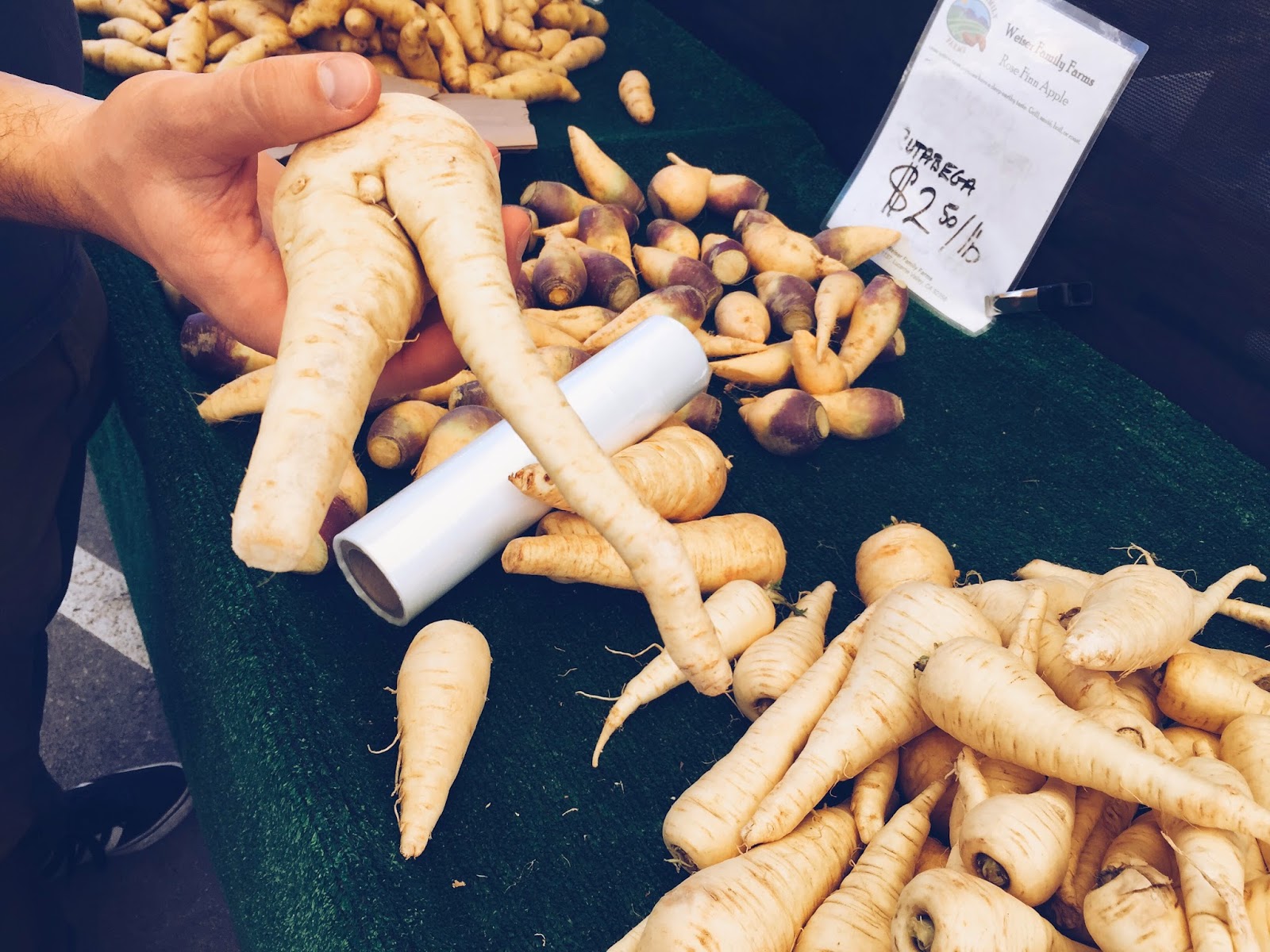 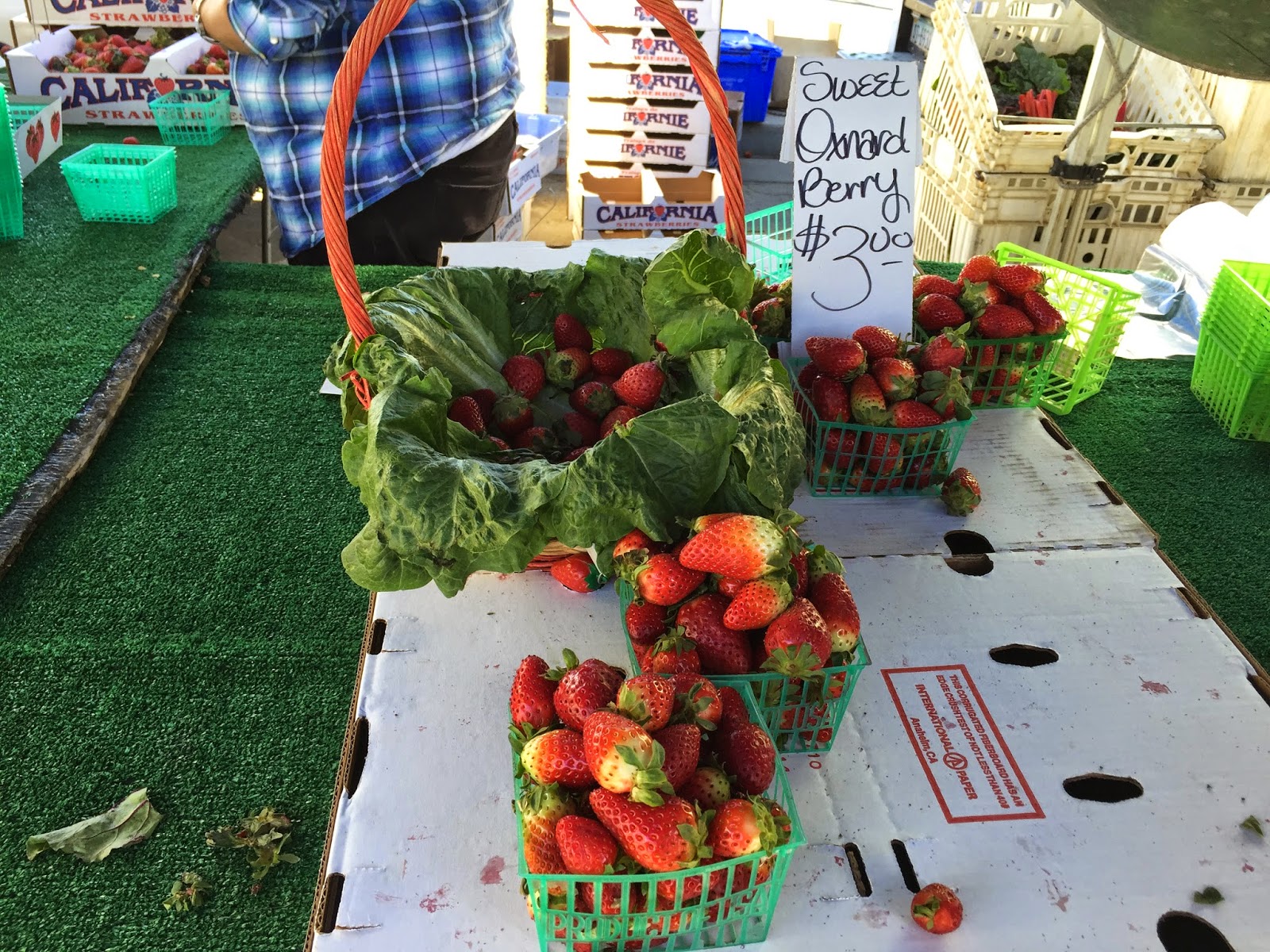 The gold standard of California Strawberries.  I may have a hometown bias. They were so fragrant it was ridiculous.

I found some watermelon radishes that I am pretty excited to eat.  Other than that, I got a beautiful bunch of rainbow chard for the 13 bean soup I made.  Get this, you can boil a ham bone for like 8 hours and make a tasty broth! I also tried a Chinese artichoke.

It's always nice to see people out and about supporting local farmers and apparently a lot of our friends were there.  We didn't see them but it was nice to see other people out.  The isles are narrow and you do have to kinda fight your way into tents. When I say fight it's really waiting for the older folks.  For me this isn't a market I would frequent, but it is nice knowing that is there every Sunday.