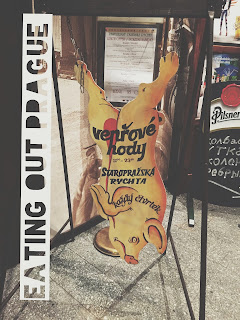 Prague is old and beautiful.  The streets are paved with cobble stone and the beer literally flows like the Vltava River.  People here are very proud and very proud of their beer.  I'm surprised that I didn't trip over the stones because I am a terrible walker.  Here the Pilsner Urquell is king and supposedly the original Budweiser recipe originated here.

That pig looks mad.  I guess I would be too if I was hanging by my trotters. 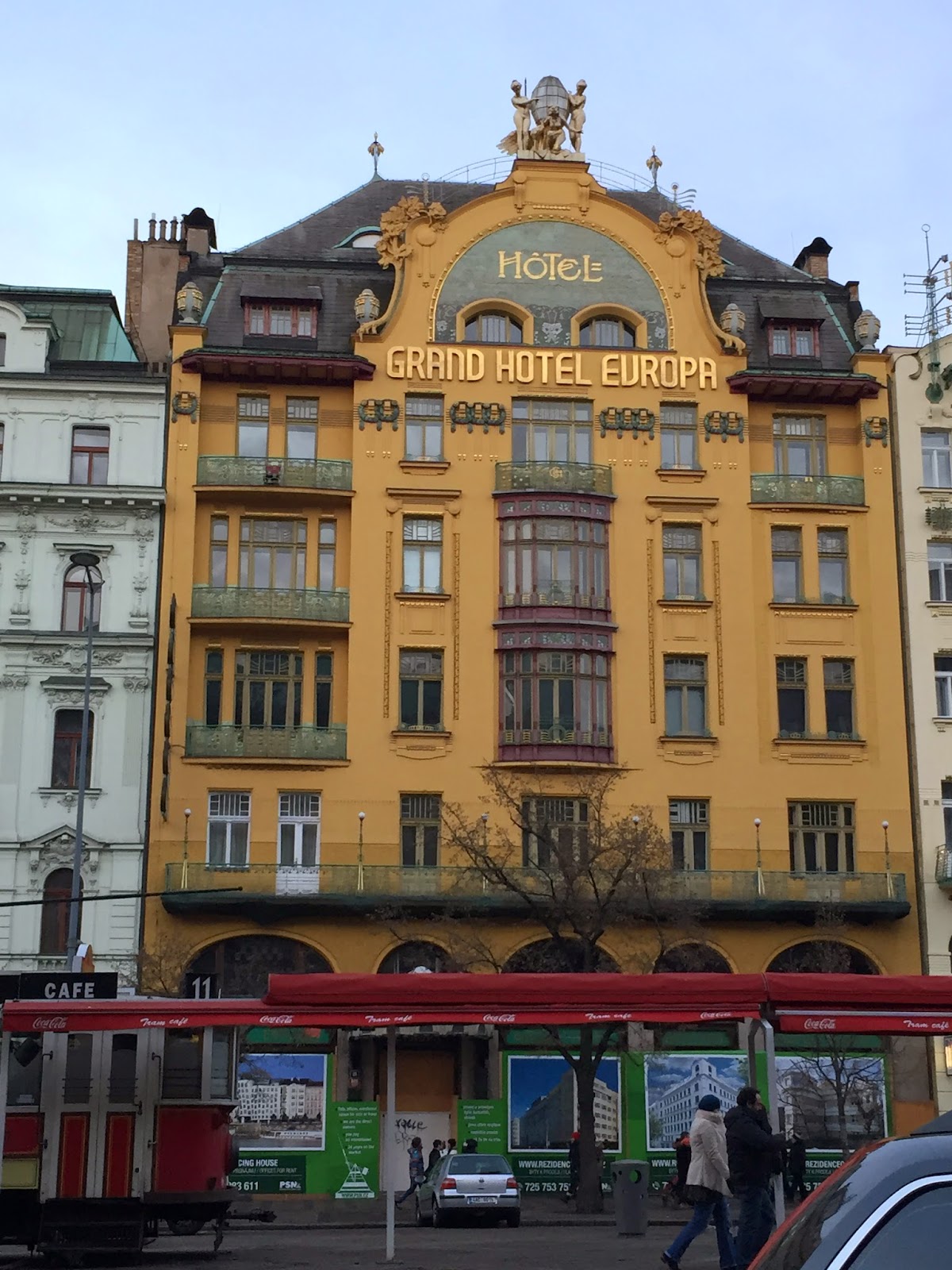 This hotel reminded me of the Grand Budapest Hotel.  It was on the main street and was wedged between two white buildings. Who knows if it was still a working hotel but it was really pretty to look at everyday. While it was pretty touristy, it was still a stunning city with lots of history. The castles/churches, bridges and clock towers were so crazy to see in person.  The things in this city were older than anything I could ever fathom. 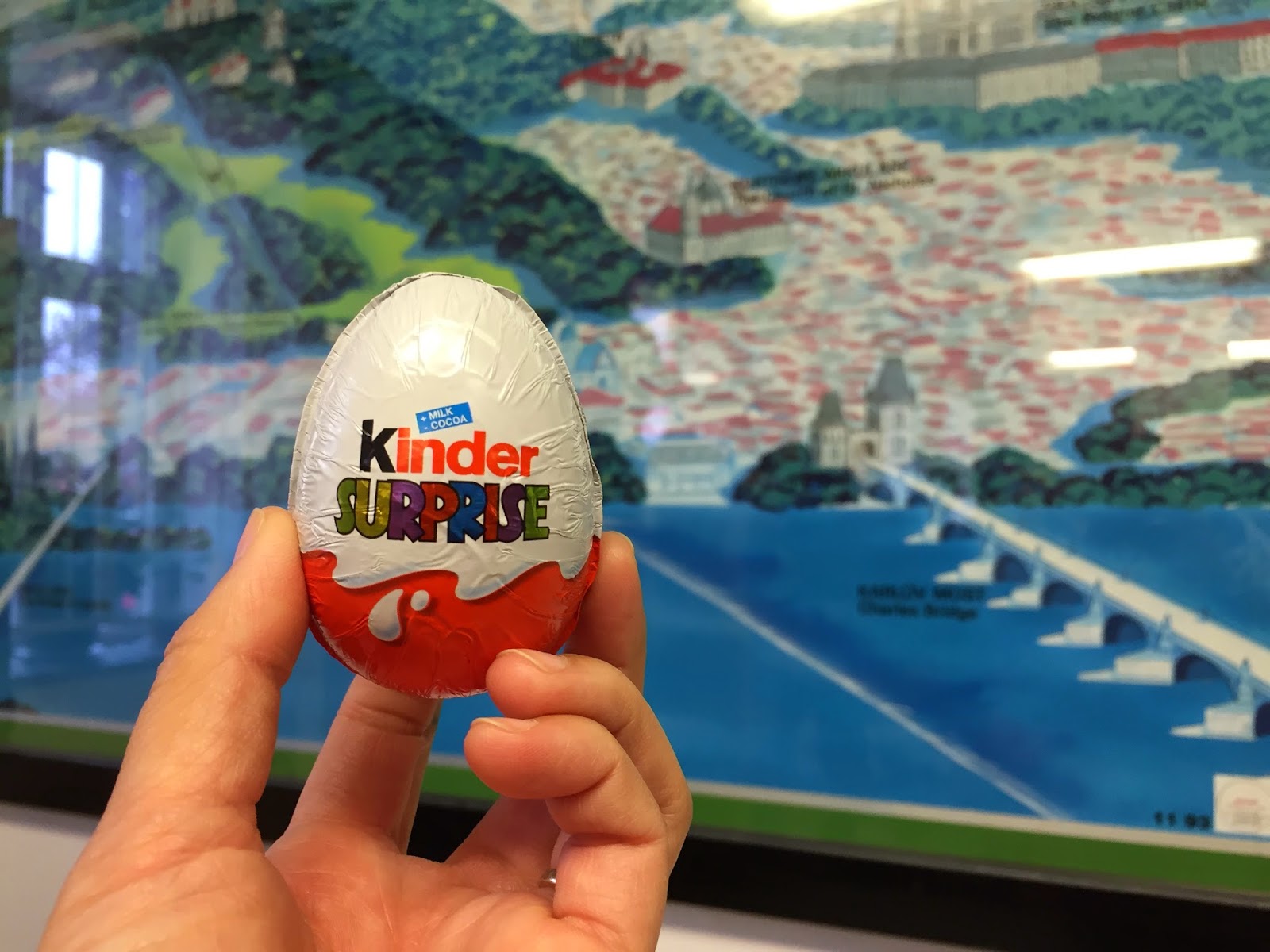 Customs finds one of these on you it's a $2500 fine.  American kids can't have nice things, because they are dumb.  There was a Mini Cooper inside of mine.  The chocolate was awesome.  It was milk chocolate with a white chocolate liner. 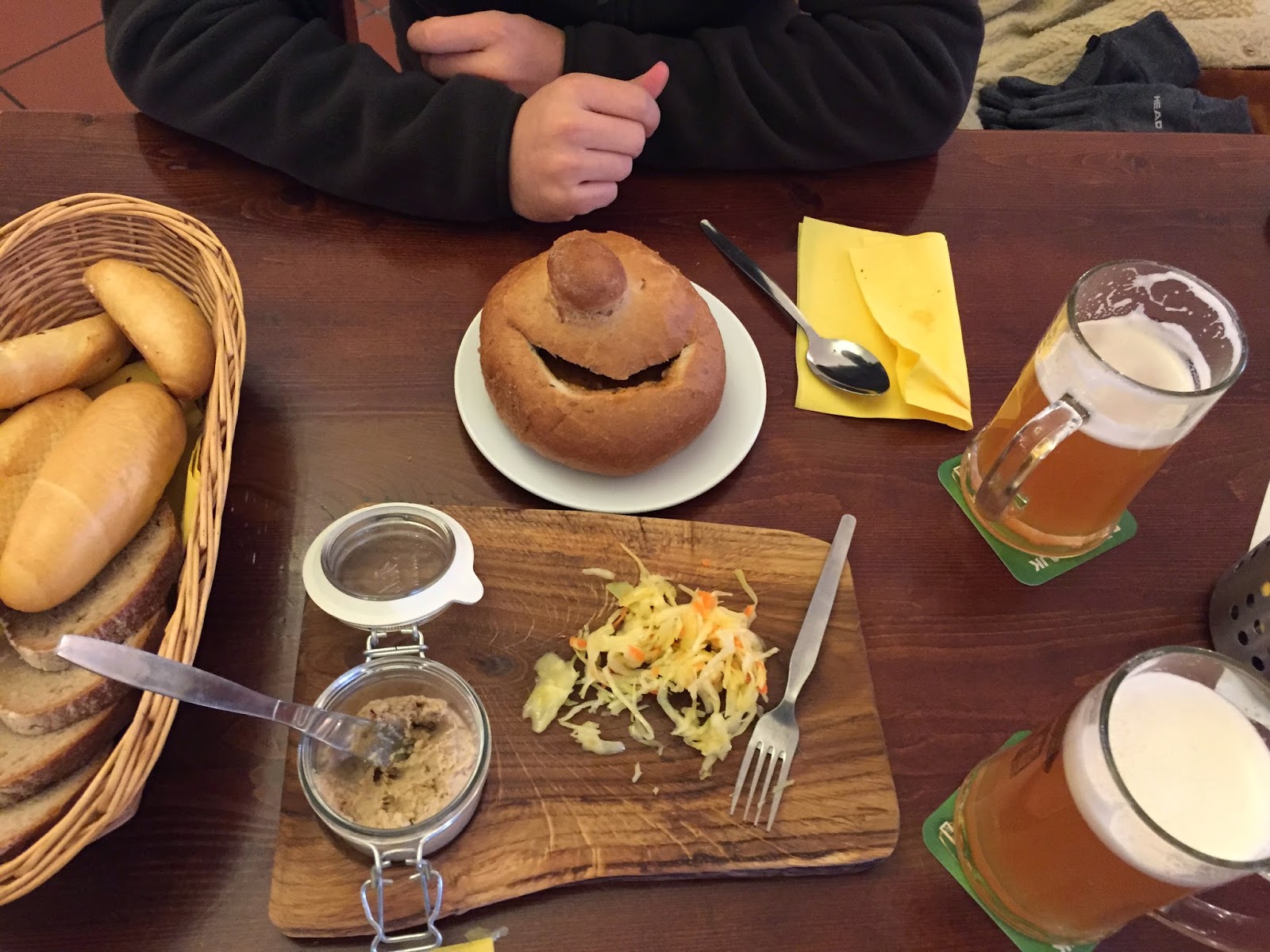 On the trail to Prague Castle, which is a church BTW,  there is a restaurant where the food seasonal, and the beer is made by the monks. We had the venison stew in a little bread bowl that had a cute little hat and some wild boar pate with chicarones.  It was a good reason to stop as it was pretty cold up there and there was a reasonable amount of walking.  Cheap travel tip, when bread service comes with your meal save a few pieces for future snacking. It keeps the hanger at bay until you can find your next beer stop.

We ate some traditional Czech food like goulash and dumplings.  Like Berlin, not much on the leafy greens with the exception of cabbage. 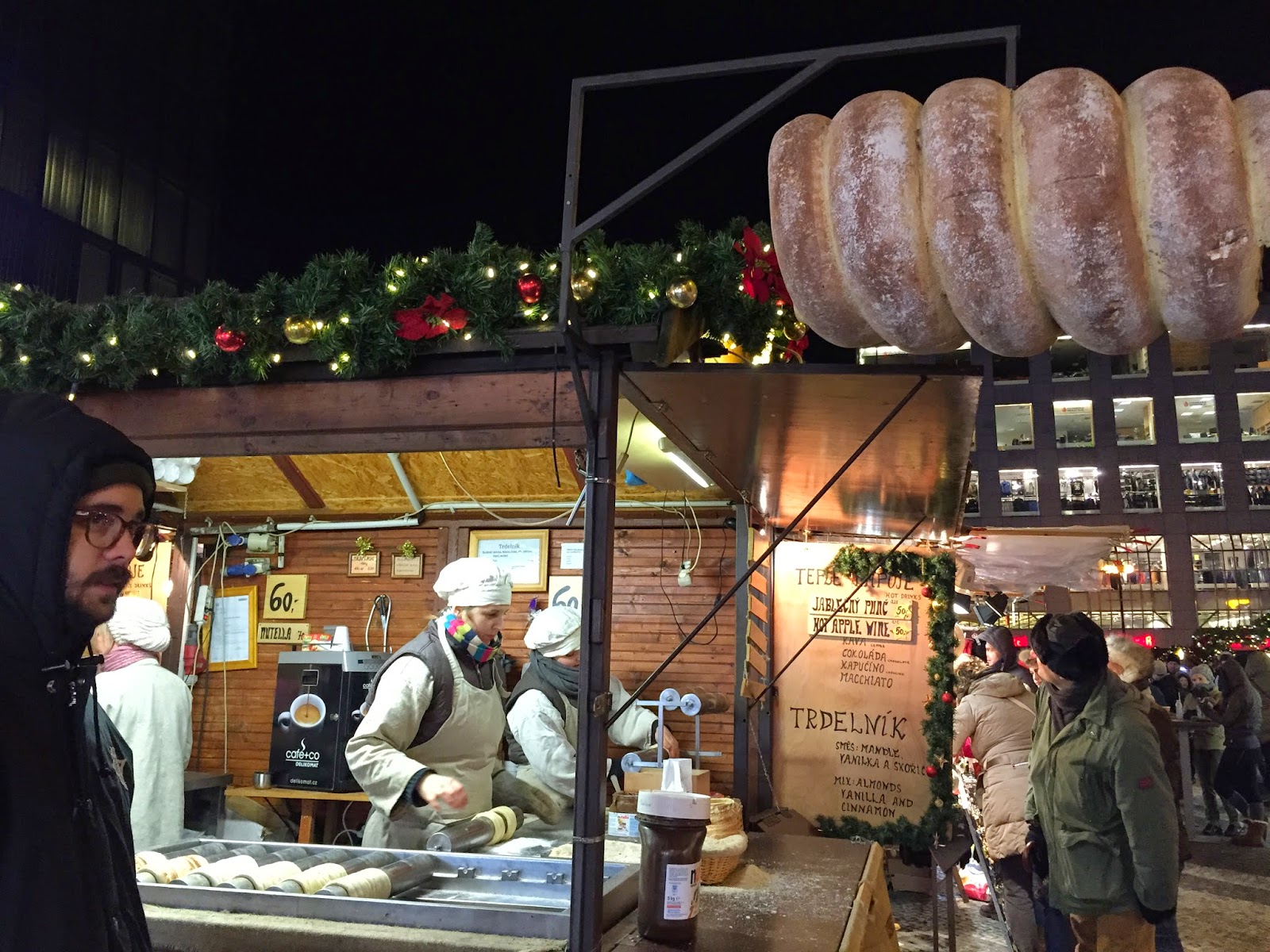 It was so cold out there that I wanted to crawl into one of the trdelniks. Which looks like it sounds like turtleneck.  Oddly enough, they look like trutlenecks.  We wanted one with slivered almonds and Nutella but I think the girl only heard Nutella or you can only get one topping so just Nutella on ours. I guess the Nutella isn't on the trdelnik, it's on. They smear the Nutella on the inside. So it looked like a full, large intestine. 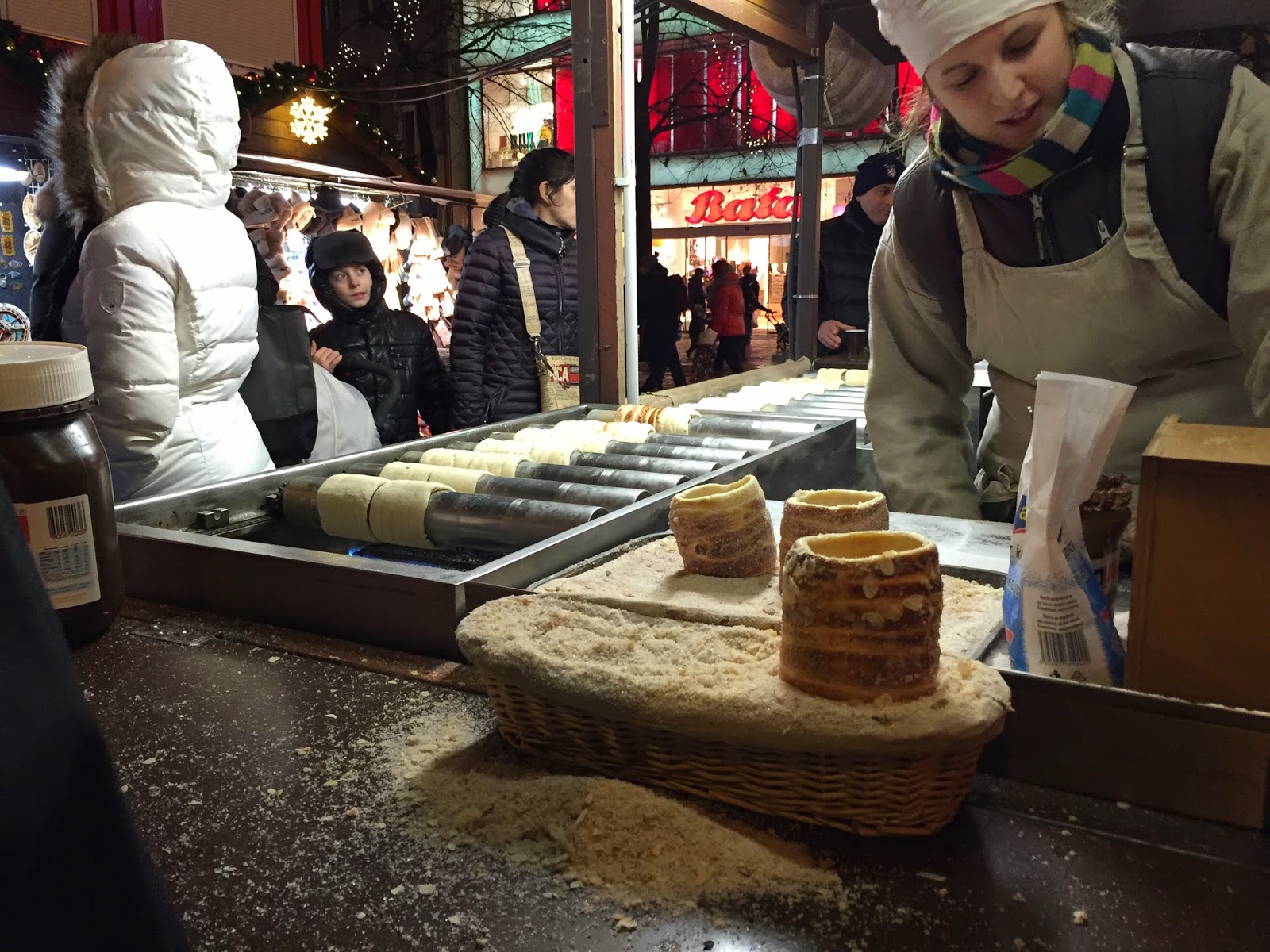 They also remind me of the fur muff things that keep you hands warm.  If only they made them bigger to keep your hands warm.  I had to take my mittens off to eat one and my hands got so cold. If they made one bigger enough for both hands then I could have kept them warm while eating my way though it.

The smell of spit roasted ham fills the air. 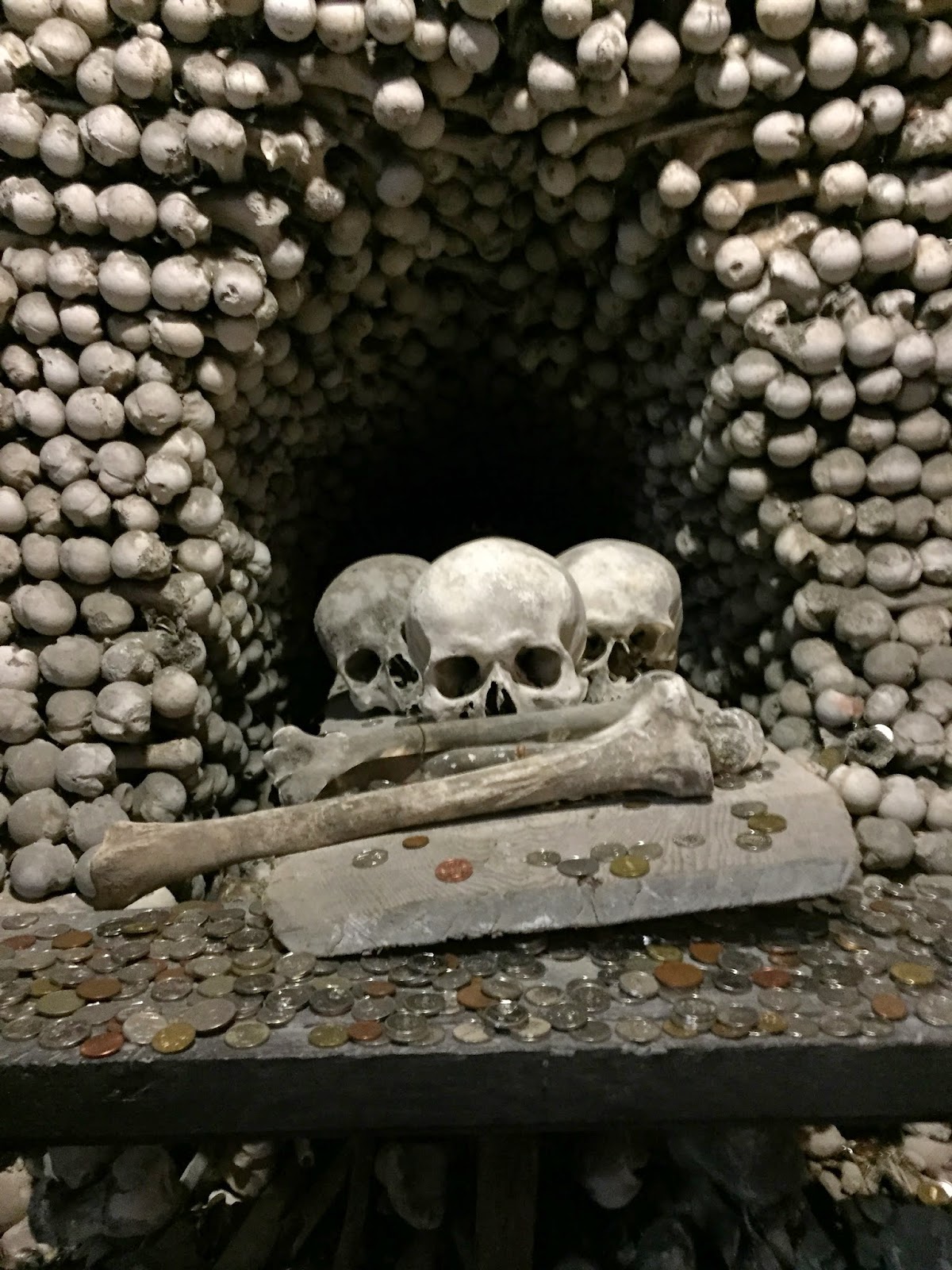 #bonezone at the Sedlec Ossuary All human and all beautifully arranged.  Cheap travel trip: student ID. 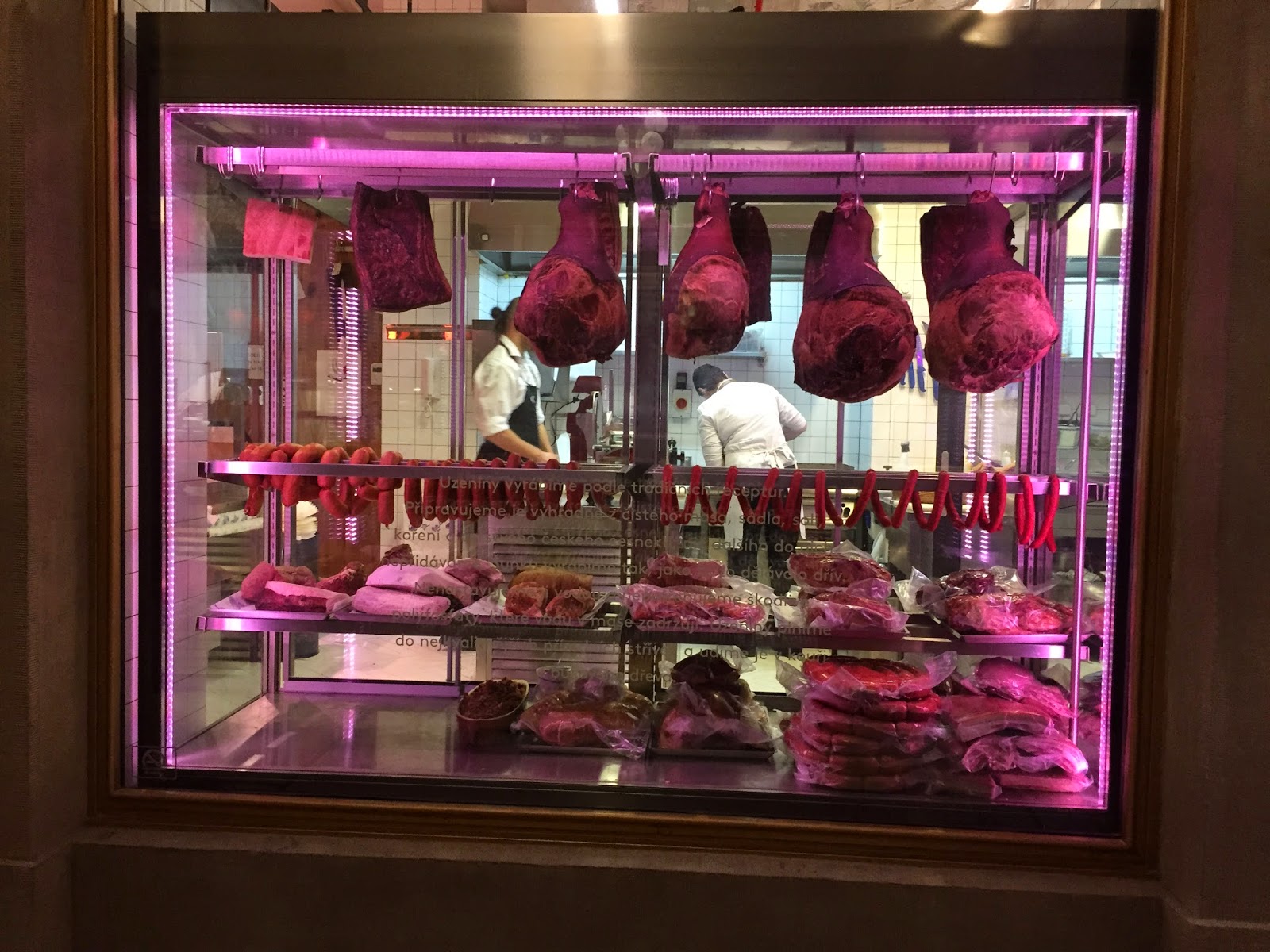 Naste Maso, you stole my heart.  You've probably already heard my praises about this place on my wiener post, but I really do love this place.  Almost everyone around us ordered the beef tartare.  I was a little curious.  The amount of tartare that was ordered while we were there was pretty impressive and assuring that there is a good rotation of beef. The burger looked amazing but we went straight wieners. They cook anything out of their case or you can take them home.  It was refreshing to see the pride the butchers took in the product they produced and the enthusiasm to serve it to people.  I could stare at the window all day. 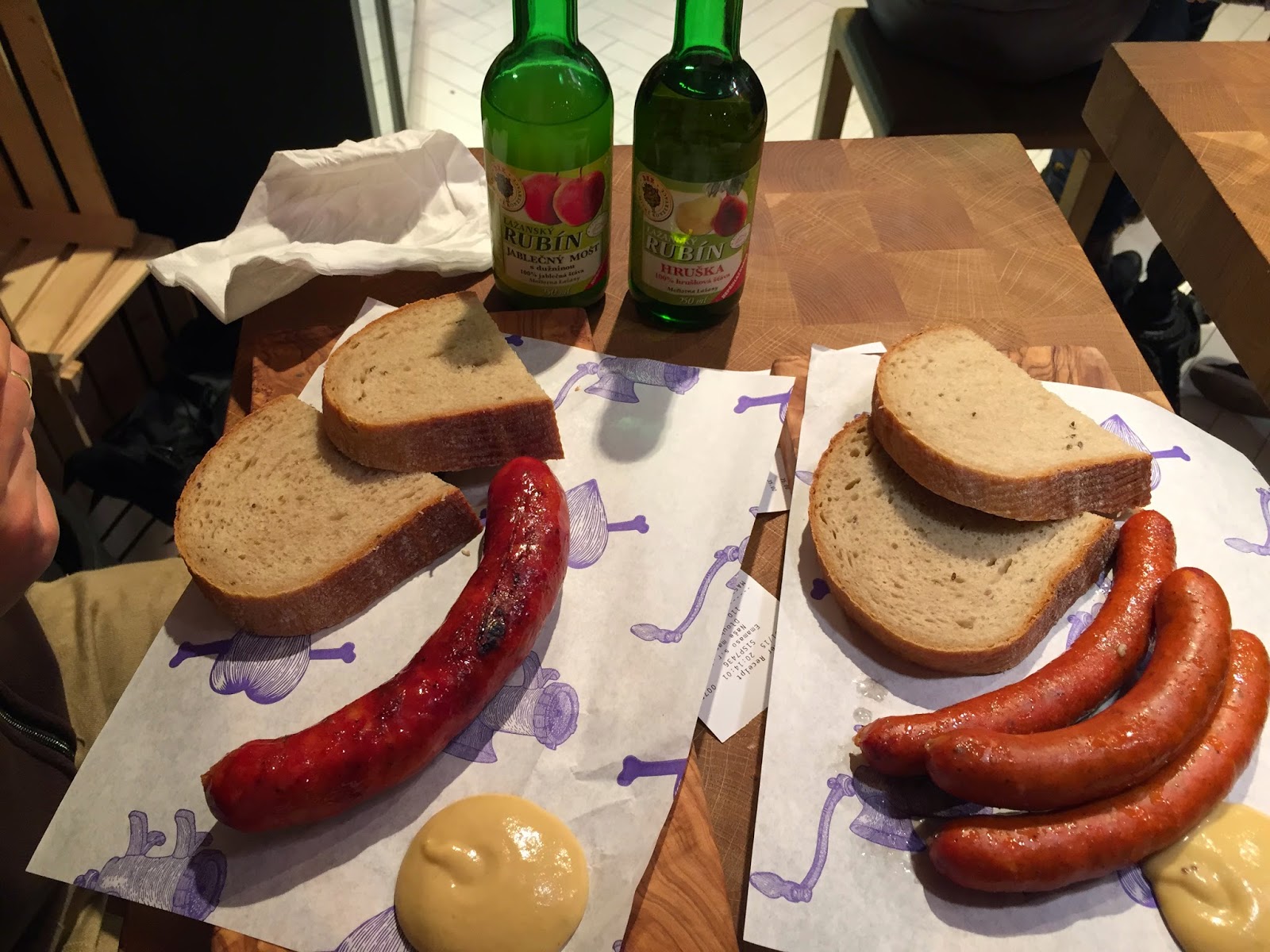 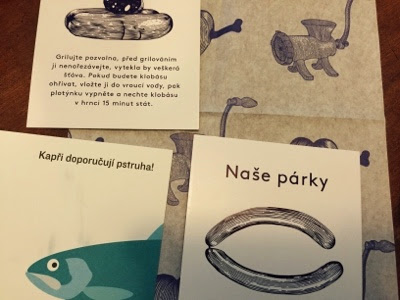 There were little postcards that explained all the foods but it was in Czech.  I also loved the butcher paper that the food was served in so much, I took an unused one.  These are the real souvenirs to me. 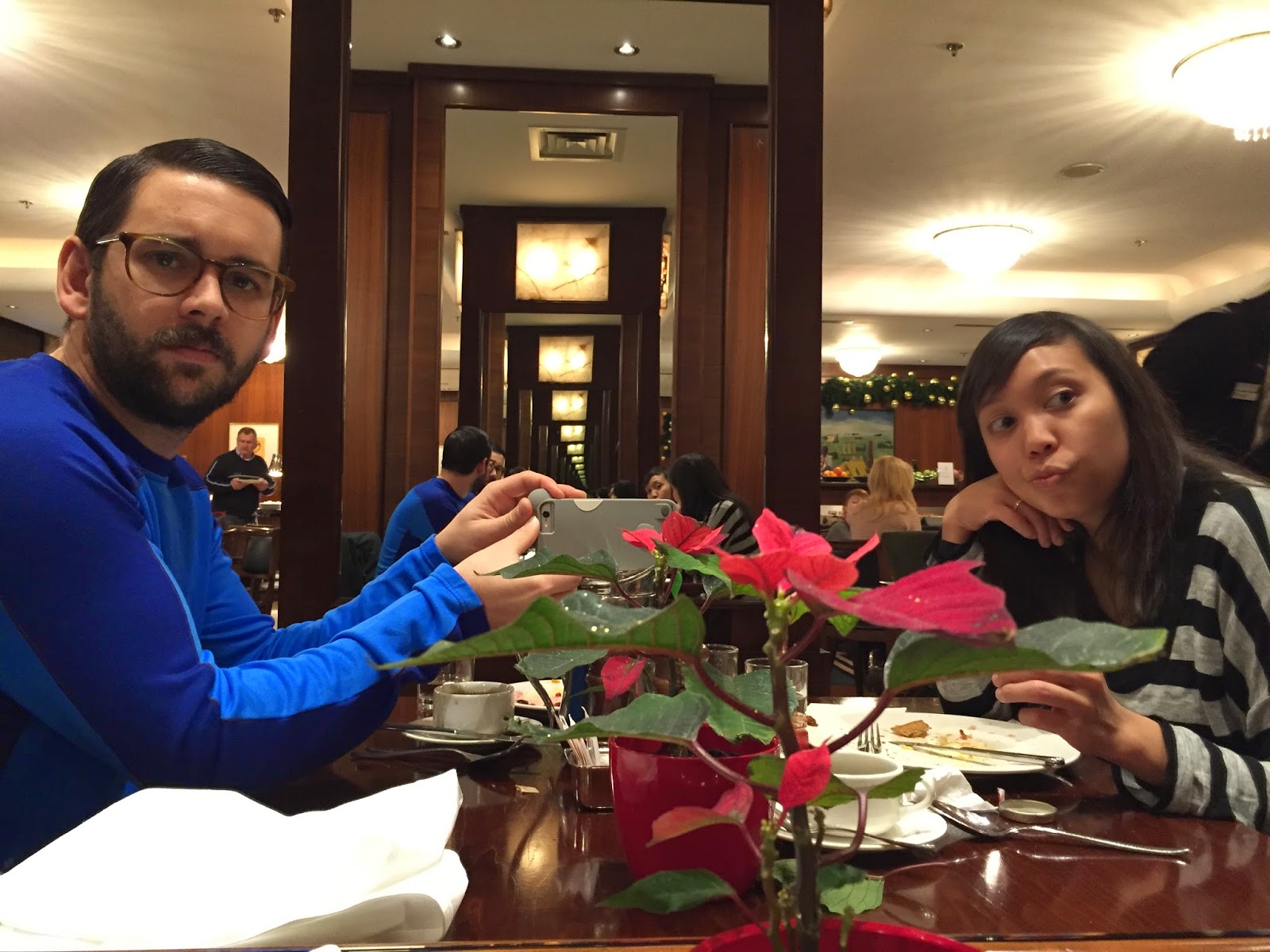 We stayed at the Raddison Blu  It was perfect and the customer service dude went above and beyond what was expected of him.  We had some great food/bar recommendations.

This is after 12 hours of sleep an on the last day we had in Prague.  We both caught some kind of flu. God bless apothecaries and Czech over the counter drugs.
Posted by Eizelle at 5:19 PM