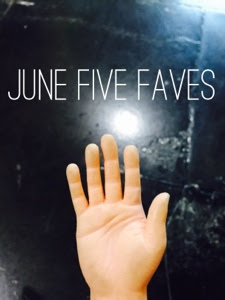 It's My Five Faves for the month of June!  It was a month full of ups and downs and I'm glad it's over!  I promise to write more guys. PROMISE! I have so much to share. But for now, I'll share my Five Faves! See you in July! 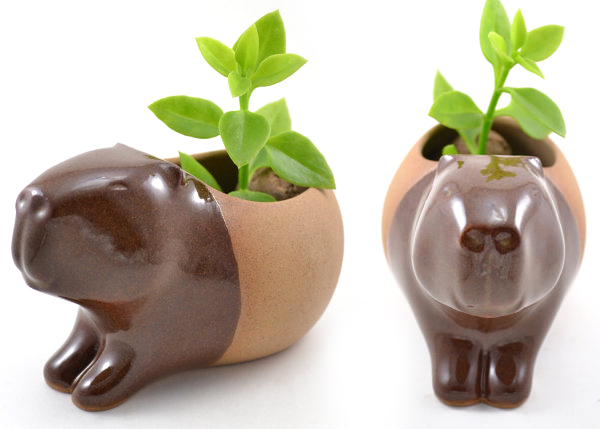 I got home early one day and basically binge watched all of them.  My two favorites were Niki Nakayama from N/Naka and Magnus Nilsson from Faviken.  Both episodes we so beautiful and really spoke to me.  For a show to do that means a lot.  If you have Netflix and liked Jiro Dreams of Sushi, I highly suggest watching this show!  Never have I wanted to go to the middle of nowhere Sweden so badly!

Favorite Video: How to: Make Jam-Stuffed French Toast with Sqrl
A little before this video came out I've been obsessing over Sqrl and I have been for a long time.  I've been looking at my calendar as to when would b the most ideal time/day to go and eat here. I look at the menu pretty much everyday for foodspiration for dinner or breakfast. Like I said, it's obsessive. Did I mention I bought jam too? Then this video came out and now all I can think of is making french toast. 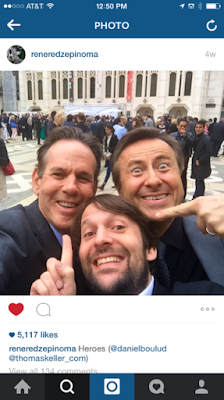 This photo has 9 Michelin Stars and is just fun! Rene Redzepi runs Noma, you know best three time Best Restaruant in the world Noma.  You know, the reason why we originally planned to vacay in Denmark and then found out Noma was closed so we changed it, Noma.

And now for the SNACKCHAT OF THE MONTH: 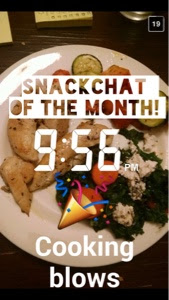 Congrats! Cooking is not all that bad! But I applaud the effort!

Favorite Read : Gabrielle Hamilton: The chef who said no to building a business empire

She has said no to everyone.   I've read Bones, Blood and Butter and Prune, her cookbook is on my Amazon wishlist *hint hint.*  She is a great inspiration to me and hopefully I can eat at Prune.  Until then, I have Mind of a Chef Season 4 to look forward too.  The one show she has said yes to!