Expectations versus Reality: Burgers from Whistle Stop, Wings and Dinosaurs. 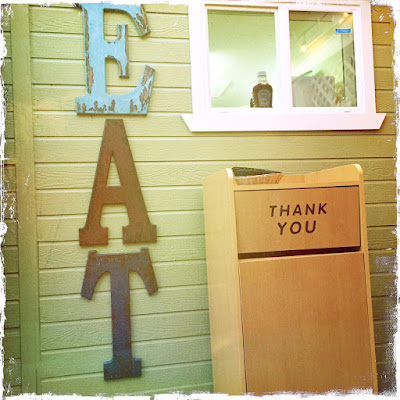 Eating out new places is always a gamble.  But when a new spot opens up walking distance from your house then there is a bit more motivation to give them a chance.

Whistle Stop opened when the old MVPs was on 4th Street about two weeks ago.  They made the patio more inviting and the menu not as diverse as MVPs but it would not be fair to compare hamburgers to hamburgers.  The MVP move was for the better and I am glad to see a new restaurant open in its place. However, it is another burger spot and Long Beach is flush with those.  I thought there would be something a bit more exciting like Seoul Mate was.  But without having a first bite, again, it would unfair to make comparisons and judge them just on looks and location alone. 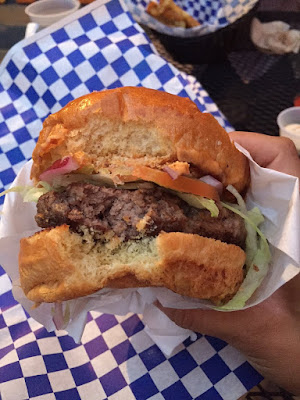 The burger looked promising and the fries were good. The patty to bun ratio was off and while the bun was brioche, it was dry and I had to add more mustard. The beef patty was over done probably made from leaner cuts of beef and the buns were too thick to make it enjoyable.  Shane had the fried green tomato grilled cheese. It was good, a little greasy.

We did have a World Star Hip Hop moment while we were eating.  There was a fight right across the street.  The cops were called.  It was pretty entertaining.

Welcome to the neighborhood! 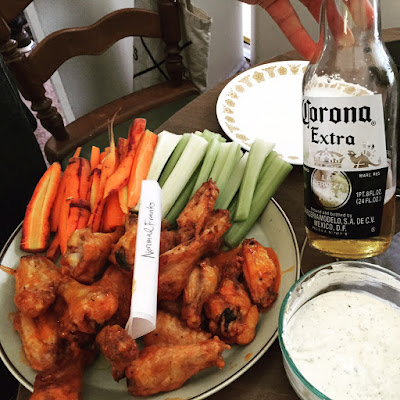 Then I decide to try my hand at making my own Buffalo Wings.  There was a process.  It is as follows:

I also made my own "ranch dressing" out of Greek yogurt and spices for the crudite.  Spices are listed below:
dried dill
salt
pepper
garlic powder
Kwepie Mayo
dried onion
lime zest and the juice of half a lime


Results:
The ones coasted in butter were obviously crispier than those in the oil, I could have finished it in the broiler but I'll leave that to another test day.
There is not difference in regular Frank's and Buffalo Frank's.  I think I prefer the regular Frank's.
Use more hot sauce.

Conclusion: The taste was there.  Next time, reduce the amount of butter while adding more Frank's. I cooked the wings for over 40 minutes in a high heat oven and that did not compromise the wing. So maybe make the over hotter in the last 20 minutes  raise the temperature to get the skin crispier.  Maybe consider finishing it in the broiler for 5 minutes. 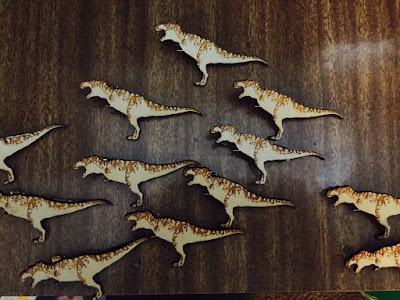 Then I saw Jurassic World.  I felt like a little kid again and then I made more of these pins/tie clips. I call them Paddock Nine. They are for sale! Hit me up eizelle.eats.out at gmail.com. I made a bunch of these for Mind over Manners, my craft side project. I never really got around to the craft shows again I had some of these guys laying around after seeing it I felt inspired.
Posted by Eizelle at 5:38 PM