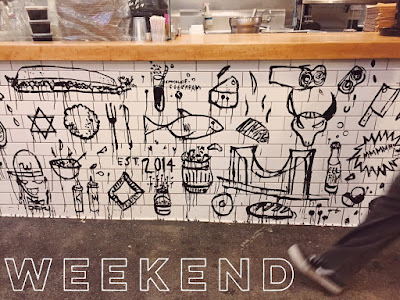 It was a gloomy LA weekend.  There was a brief moment that the sun did peek out, but the temperature stayed on the cool side with rain drops here and there. While we got a late start leaving the house, it feels like we did a lot. 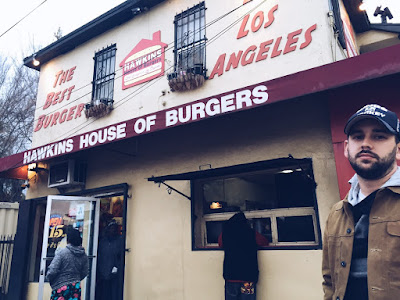 We got a burger at Hawkins House of Burgers.  It wasn't any burger, it was the Fat Burger.  When we ordered the Fat Burger, we actually did not know what it was.  On the menu, items are just listed by name.  We picked the Fat Burger and when you get to the order counter, a little paper lists everything in the burger. 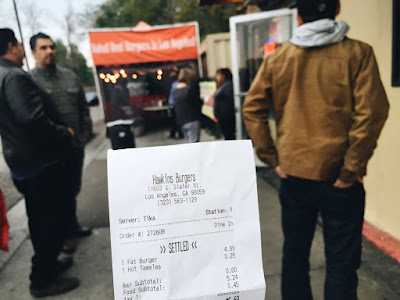 In my dreams, this was the Fat Burger that Ice Cube references in It Was a Good Day because this day was something way better than that. But I know its not because Hawkins is closed at 2am. 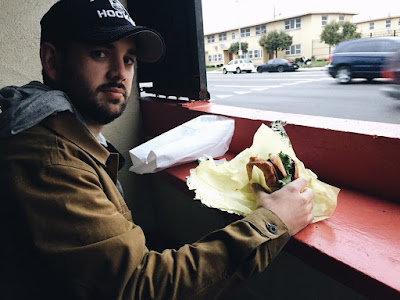 It is everything that is good about a hamburgers.  I don't want anything too fancy in my burgers.  Hell, I'm not a big fan on bacon in burgers.  The meat was perfect, crispy and juicy.  The best part there were two patties. You have to eat it quick too or else it will sog up because, it is that juicy. Or there were a lot of pickles tomatoes and lettuce,but I'm not complaining. No special sauce or avaocado, or chili but you can add such things if you wish. You can even add eggs. The meat really shined through and the other pieces played just nicely and did not over power the meaty taste.  A burger like this should be messy and it was and it was glorious.

They we made our way to the Grand Central Market in DTLA. 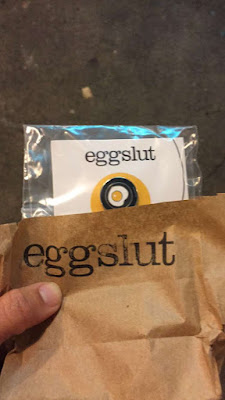 Eggslut was freaking closed but I convinced the dude closing the register, AKA asked nicely if I could pay in cash, for the eggslut x Pintrill colab and he was very nice and let me buy them.  I was a happy camper, especially when that was probably one of the sole reasons why I wanted to go there. 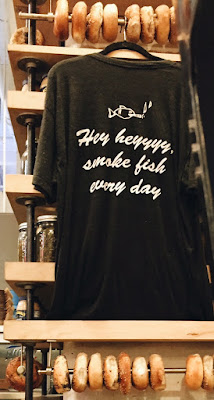 Wexler's Deli was closed too, but I got to see this gem of a shirt.

See because they smoke fish in house everyday! 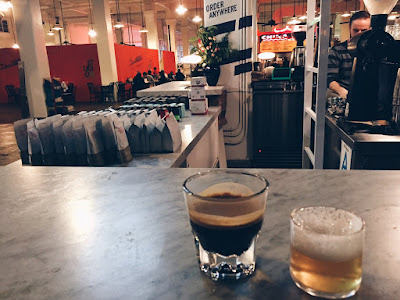 After a dinner snack at Sticky Rice II, a Churro sundae at McConnell's Ice Cream, and some espresso from G&B Coffee we headed to Staples Center to watch the Kings play the Blues.

It was a good day.