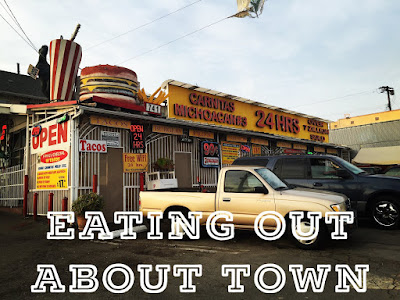 I'm pretty happy sitting around and doing nothing.  I really don't do anything. I mean, I like read or rewatch Munchies videos or look through cookbooks. But I quite like staying at home. There are other times when I like to get out.  I feel like the last part of last year was always, go go go. That there wasn't much time for me time or book time.   This weekend was a good mixture of doing something and doing nothing. 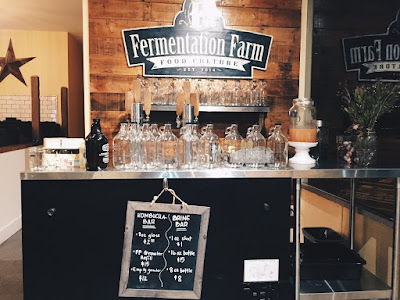 On Thursday, I took a Kombucha class. This was a part of my, "This is the year I take a cooking class. "  Technically not a cooking class but still a class with some amount of science and skill so I consider it a cooking class. The best part was that is was all you can drink kombucha and they were tasty!

I took the class at the Fermentation Farm in Costa Mesa and I hope to take more classes there, as I am now a member for life. 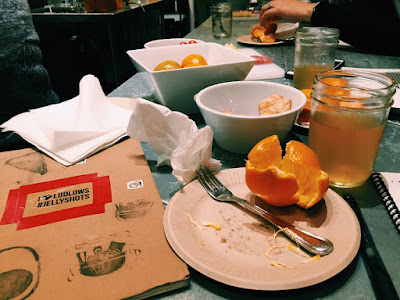 I learned that this crazy growth I had in my red wine vinegar was indeed SCOBY and that I shouldnt have thrown it down the drain. But it looked like someone hawked a giant mucus membrane in my vinegar and I was too weirded out by it to Google it. 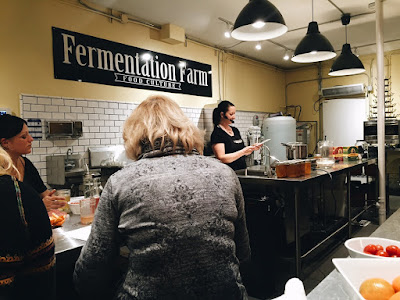 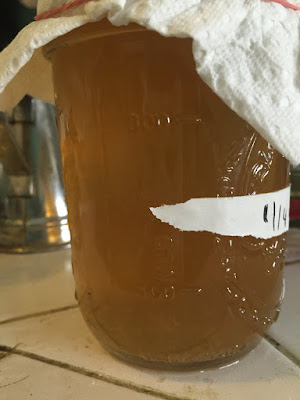 Trying to make more Kombucha. The SCOBY is chillin in my batch of kombucha I made that night after class.  There is a wird film on the top.  After reading about it I guess it is normal. I might have touched it, but I think we're okay! Since there was some left over particles floating around, I'm trying to grow another. I'm trying to make amends with nature after the red wine vinegar incident.  I am also magically growing another one in a batch of chili vinegar I made.  That one is not on purpose. 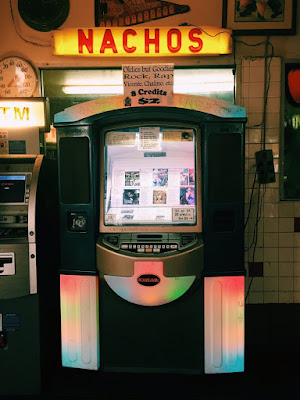 After the Kings game we stumbled upon Tacos Michoacan #3 in Boyle Heights.  They are open 24 hours a day and would probably scare off anyone after 7pm.  But it was a great find!  They also filed Furious 7  here so it has a soft spot for tacos in my heart here. They had a great jukebox of all the Spanish jams and Black Sabbath. 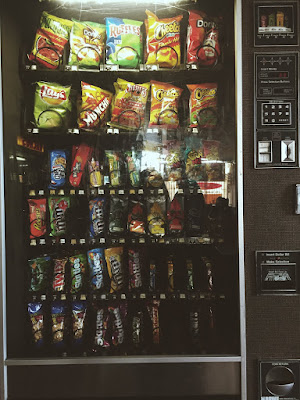 The top two rows in this vending machine is everything. Regular and Lime Hot Cheetos in one machine? GTFO! 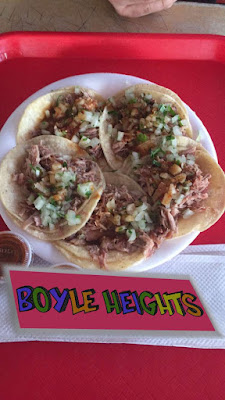 We ordered quatro tacos carnitas but we got cinco!

We also got coffee in Downtown Stumptown and then it was off to home to make nilagang, Filipino comfort food to the max!  Threw the meat with various odds and ends I save in my freezer with some water and cooked it for the 6+ hours we were out and all I had to do was strain it and add veggies. I'll post a recipe for it eventually..

On Sunday it was Chucho's Birthday and he is so fucking cool that he got a cake with in face on it.  Later we all found out that the black frosting turned all our poo poos weird.  So it was like we all got a little present at the end! 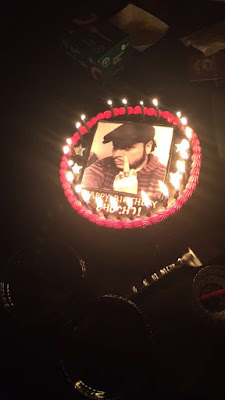