After a few attempts, I finally scored an invite to a Wolvesmouth dinner!

It took me about 6-7 months of patience and persistence to finally get a reservation.

After about 10+ tries and two long months, I finally got the golden invitation ticket that I was waiting for. Later I found out Wolvesmouth receives hundreds of emails each week and they do go through and read every request. With limited available spots, you will just have to play the number game and hope for the best.

Just a few Yelp quotes about this restaurant not restaurant. Because calling it an underground supper club is so 2014. It took me one try to get an invite. 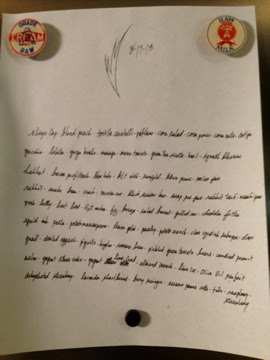 What is funny about doing a Throwback Thursday post about something you ate almost three years ago is that you would think that you can't remember what it tastes like or what you were thinking at that time.  But with Wolvesmouth, I can.  It was nothing like I have ever eaten or experienced while eating.

There was a moment when we were presented a white bowl that was black.  It was the squid ink pasta course.  The contrast from squid ink and the white bowl was stark and it looked like it would be rich in flavor and be heavy. But after the first bite I was taken aback. It was very light and vibrant and the Twin Peaks theme song was playing so I was very confused and delighted at the same time. 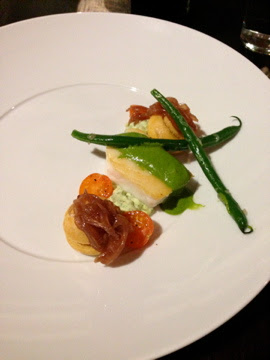 Before the dinner, I remember having anxiety.  To sit with 15 other strangers at one table is one thing, but strangers from LA presumably, is whole other thing.  In restaurant there is enough noise around so that you can keep to yourself and the conversation can stay A+B. Even communal dining at a restaurant is not that bad. But here, it was his house and we were all being served the same course and eating the same thing at the same time. Some couples don't have this sense of intimacy. So naturally there was a rush of anxiety to be around strangers and talk to them.  I listened to as many Dinner Party Download's as I could.  But It didn't really help. I brushed up on current topics and ice breaker jokes.  Come dinner time it worked itself out.  We picked our seats and since we didn't have to dress fancy, all in all it was pretty comfortable.  Except when the person across from me asked, "Have you ever felt infinite?" To that Shane replied, "You mean like the car?"

This dinner also made me want to run a marathon because Flea told me to. 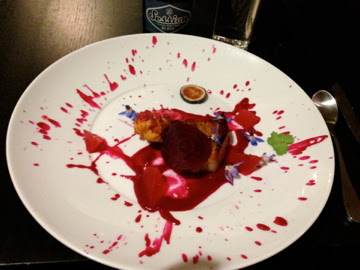 I also also too busy eating because, these are the only pictures I took all night. 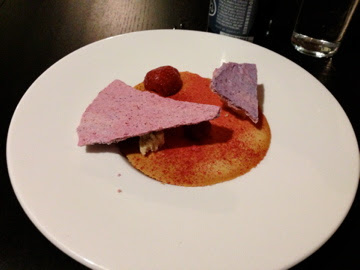