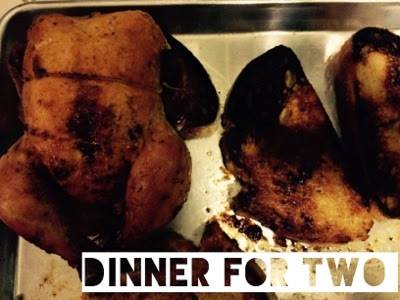 After about two weekends of not being home it was great to have a weekend to catch up on laundry and general apartment upkeep. It was amazing. We had a clean apartment, I had two little Cornish game hens ready to be roasted and I thought it would be a nice day to have people over for snacks and drinks at 7:45pm.  The original plan was to have two friends over for dinner only but that didn't work out.  So snacks it was.

I originally wanted to make a roasted chicken but I thought it would be way fun to make Cornish game hens because they are fucking cute! I just want to hug them. I've never seen what Cornish game hen actually looks like so a quick Google search produced what looked like a small chicken.  They are also not game hens, they are boiler chickens. They are also not exclusively female. Mind exploded!

I cooked two according to the recipe according to Tosca's Roast Chicken recipe on Bon Appetit.
I cooked both of them in my cast iron skillet and they were perfect! The juice soaked bread was amazing after a little time in the broiler. I have one more little guy siting in my fridge waiting to be hugged then consumed. The stuffing sounds odd but it is fucking delish! I heart you April Bloomfield! 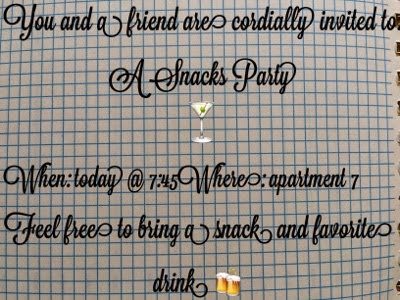 After dinner it was snack time.  I made rainbow carrot fritters, a kale and heirloom spinach with ricotta, and a mushroom terrine made with homemade creme fraiche.  I also made hummus! Our friends are the best and they brought caramel pretzels assorted cookies, pies, mushroom turnovers and a Hormel party platter. 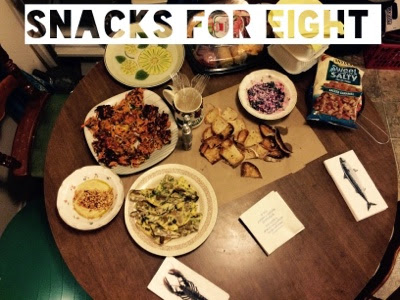 Bring on the Holla Daze!