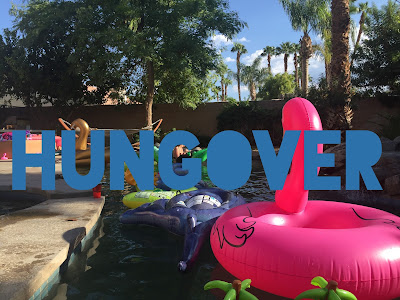 It's pumpkin spice season again. Don't get me wrong Fall is my favorite time of the year. I think I like it because people in Southern California want it to be the fall the rest of the world has come to accept as the idea of "Fall." I feed on that disappointment. See, in California, it gets hotter. For example, I got married in November and it was 90 degrees in Huntington Beach or like last year when I ran the Long Beach Marathon and it was 99 degrees in October.  Take the picture above.  What if I told you it was taken last week?
Well, it wasn't.  It was taken like 2 months ago.  But if I didn't tell you that it was you would have been like, "Oh yeah, that was totally last week." You know why? BECAUSE SOUTHERN CALIFORNIA LOOKS THE FUCKING SAME ALMOST ALL YEAR ROUND.  We have no seasons. We have perfect weather all the time. It's gross. But nature finds a way. As soon as the day turns September 25th and the temps drop to a crisp 65, it's brown knee high boot season. I love the idea of sweaters and boots and layers but it doesn't really happen here.

I feel like this summer was so fast and I can't remember what I wore the day before.  It's like I'm drunk everyday and every morning I have to recount the events from the previous day so I don't walk out of the house with the same outfit I had on yesterday.  It's like I'm hungover. Every. Morning.


Anyways, since it has been a minute I thought I would play catch up.  It has been a warm one this year but I made every attempt to cook at home.  Mainly salads and one pot meals. I have eaten some really good meals at other places too.

Went to Silverlake to Pine and Crane 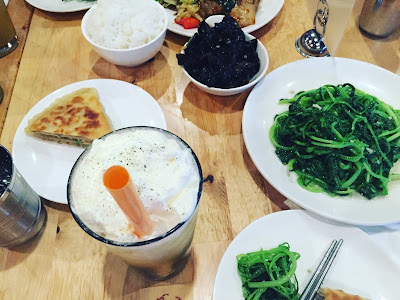 I made cupcakes and cakes for a baby shower. It's a vanilla cake with a blueberry rose water jam.  I also made a cake, but I'm a bad food blogger and I didn't take a picture. I actually made two cakes and a handful of cupcakes.  The second cake was blackberry and mint. 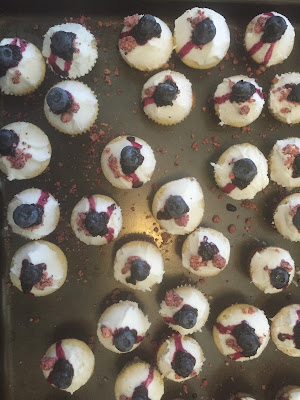 Took a trip to the Redondo Beach Pier.  I love it there.  It reminds me of Oxnard.  I took home some friends too.  Cooked said friends and then consumed them. 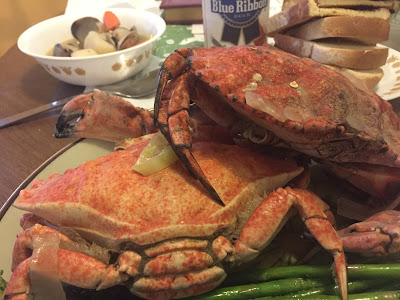 I also picked up some reading material because you all know that I need more cookbooks.  New reads include, Prune. I love Gabrelle Hamilton.  Blood, Bones and Butter is one of my favorites.  It's a cookbook but from the restaurant.  I love the notes and the footnotes for the kitchen.

Lucky Peach and Bon Appetit are my two subscriptions.

Then there is Everything I want to Eat by Jessica Koslow from Sqirl.  Sorry guys, I couldn't wait till Christmas so  bought it myself.  That and I also got a tote and an insert! I had to.  It's my favorite restaurant that I have only eaten at once. 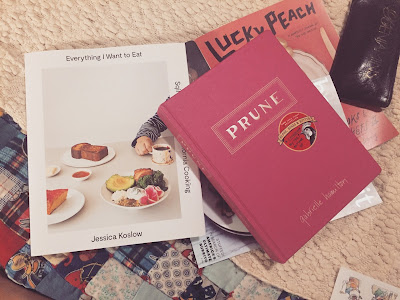 Made a pie. Met a hero. Oh you know.  Jonathan Gold. 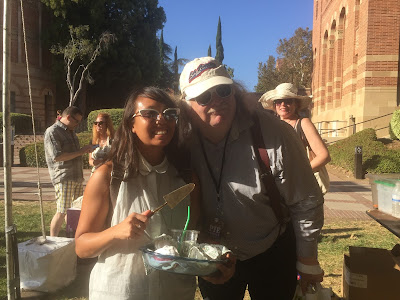 Then got some props on the Internets 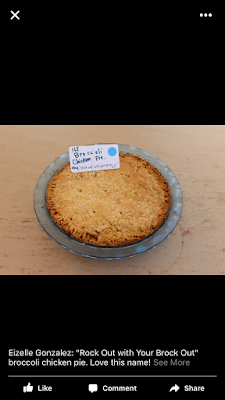 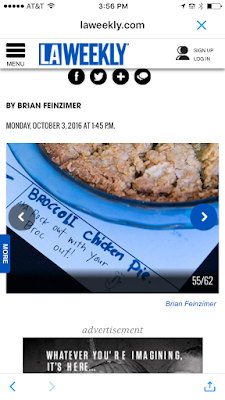 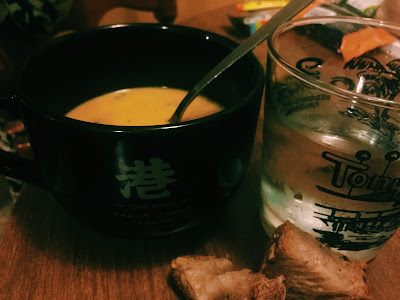 So at the end of the day, all the pie is consumed but you are left with a surplus of, like in my example, broccoli and chicken broth.

In a soup pot I put oil and butter and heated it on medium heat.  When the butter has melted, I add the carrot, onion and the garlic and sweated them out.  Then I added the the potato and the broth.  Bring it to a boil, then add half the broccoli. When the potatoes and the carrots are cooked, remove from the heat and blend. I used a hand blender. Once thoroughly blended, return to a low heat and add the cheese.  I also had some of the amazing homemade cream of chicken and I threw that in there too.  I cooked it until the cheese melted into the broth.  Season to taste. Let it sit a minute to marry.  Get yourself some good bread, preferably from Lodge Bread Co, and eat.